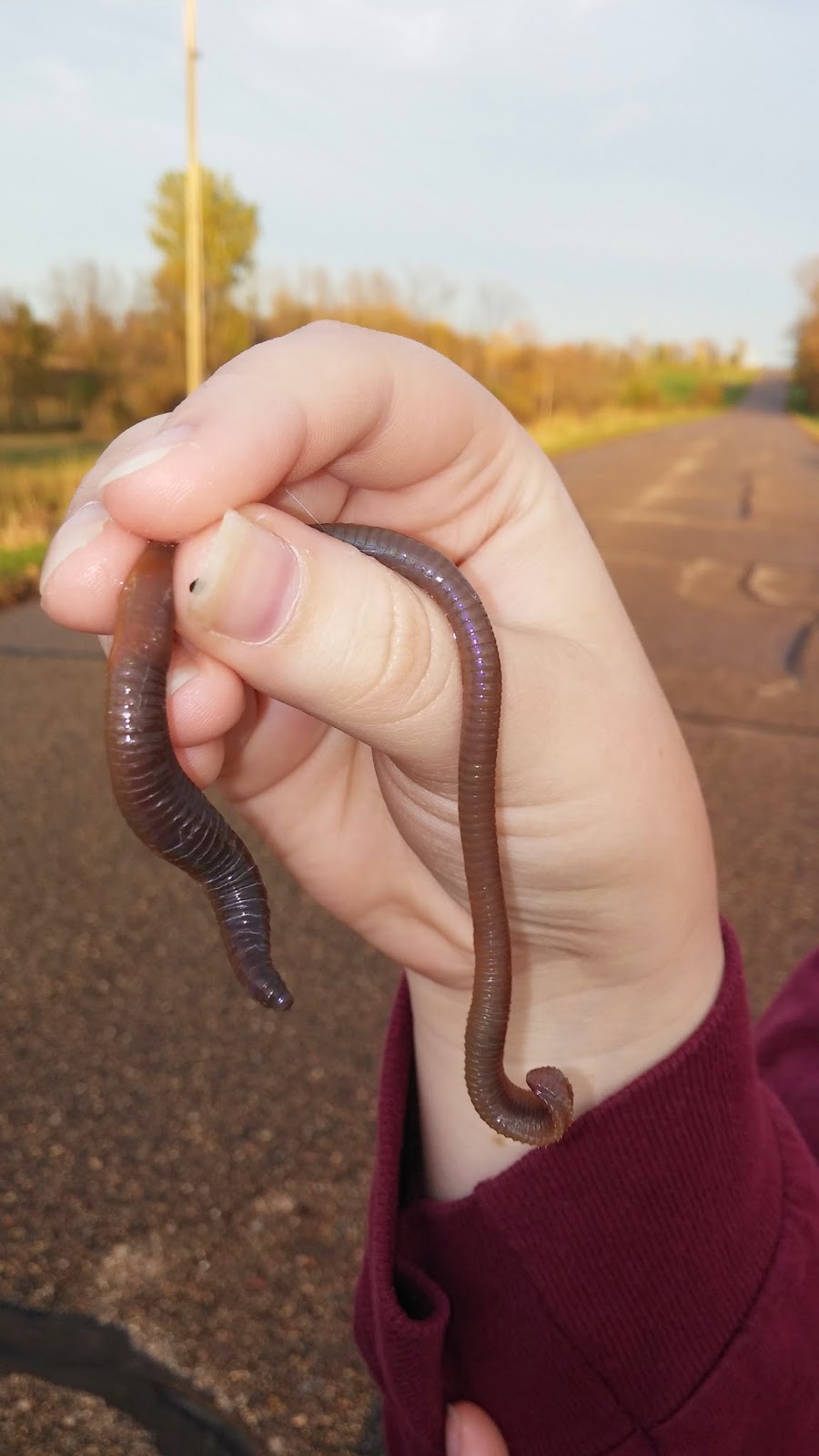 Dancer and I walked after it was raining and spent a good portion of the time rescuing worms from drying up on the road.  I know there are literally millions in the ground and saving a few won't matter.  I still can't walk by them though because I think of the story of the starfish where the person is throwing them back in the ocean from the beach. Someone says he is wasting his time because there are so many and he isn't even putting a dent in the numbers on the sand.  He in return says, it matters to the ones I throw back.  So, now on top of everything else, I have worm guilt.