The Four Pound Hamburger and Three Pounds of Fries

Yep, that right, a 1-2-3-4 pound burger.  The boys in our co-op like to eat...a lot...and often. We thought, "Why not combine one of our favorite shows on the Travel Channel, Man vs. Food, and their seemingly hollow legs?" Our hypothesis was - is it possible to make a burger big enough along with fries to completely fill them up?  I'll tell you at the end. 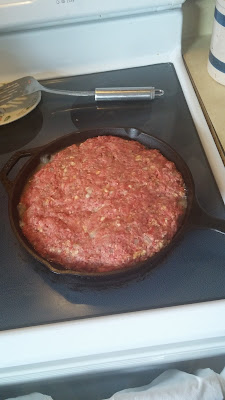 First, the burger had to be made.  This took about 1 1/2 hours.  Thinking that they wouldn't be able to get down straight burger because it would be too dry, Dad mixed in a couple of eggs and crackers making it sort of like meatloaf.  He patted in a cast iron skillet because it would be too big to flip and it had to be cooked in a pan that could also go in the oven.  Before it hit the oven, he fried it on the stove to get the bottom done and then baked it in the oven.  After baking it was "flippable" so out of the oven came the burger.  Back on the stovetop it was flipped so that both sides were fried. 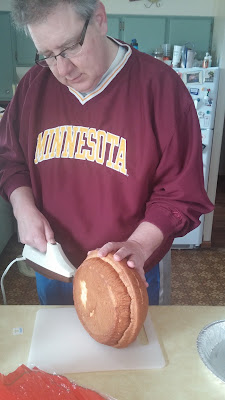 While that was cooking he sliced the bun.  In this case the only bun we could find big enough without having to make our own was a Kings Hawaiian round bread. 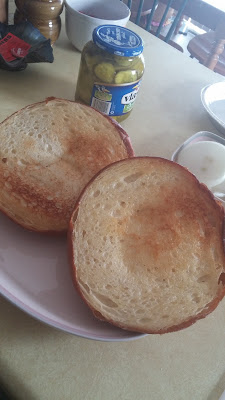 Toasted his bun in another frying pan. 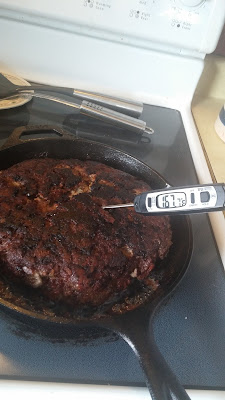 Took it out of the oven when the liquids ran clear and it was cooked completely through. 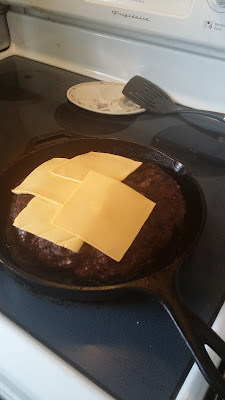 Next came the layers of cheese. By now this behemoth smelled so good it could have been used as a torture device for getting people to talk. 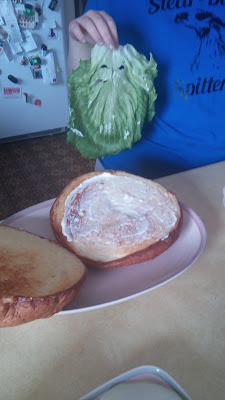 Slapped on some mayo and a lettuce leaf. 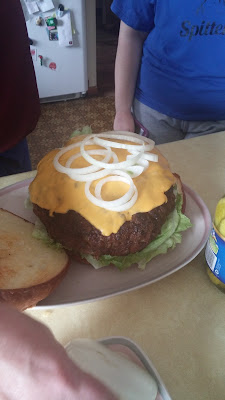 Gingerly laid that bad boy on the bun and deposited a few rings of onion on the top. 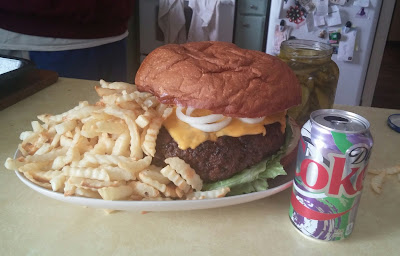 Pickles on the side, three pounds of fries and lunch was ready to be served. 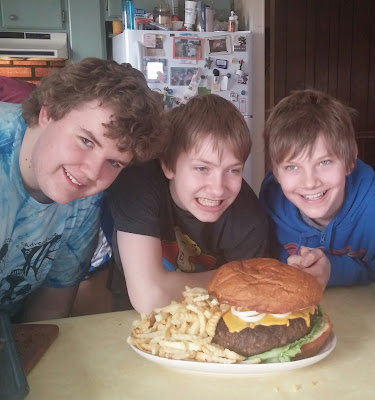 Ready to dig in. 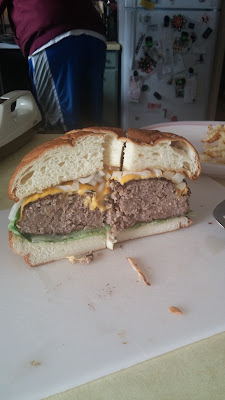 We sliced it into wedges and 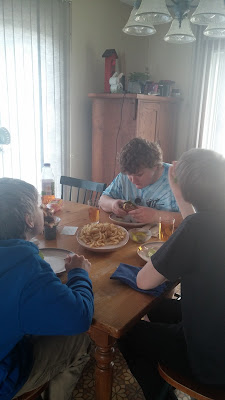 So can our boys eat a gigantic burger and a pound of fries apiece?

They put a really good dent in it, but they just couldn't finish it.

As an aside, looking at the picture now it looks like they were throwing back a  beer with it, but that was innocent apple juice. It was a fun lunch and they were quiet the rest of the afternoon. Perhaps they were napping.