Well, the big boy's half time anyway.  The 4th grade boys played at half time during the varsity game. 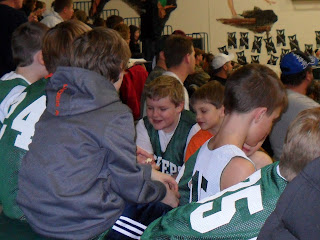 Spark sitting with all his team mates before the game.  I think he thought it was pretty cool to be at a game with friends.  We only go to the one game every year were they play at half time.  I would guess that is all the other boys too. 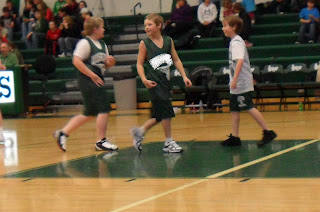 The boys looked so small out there after watching the varsity team play.  At their tournaments they only play with half a court so this was a lot of running for them.  They did well but they spend a lot of time tackling each other.  Basketball is not suppose to be a contact sport.  Ten year olds think otherwise. 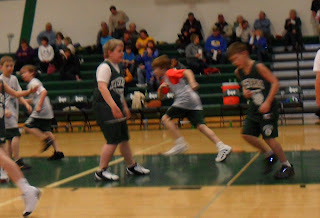 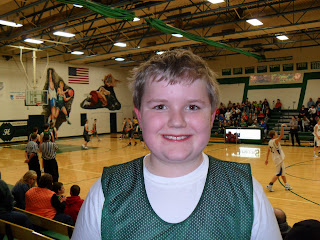 After the half time, right away all the boys ran up to their parents to get money for the concession stand.  I think snacks is what they find the most important part of going to a game.
Posted by ~*~The Family~*~ at 9:49 PM

I would kid about the tackling in basketball, except my husband will point out that I recently asked on a certain Sunday if the World Series was today.

Football, baseball, basketball ... they all involve balls, don't they? :o)