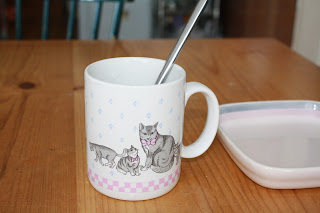 First the spoon needed to be heated up so he put it in the cup of hot water for about a minute. 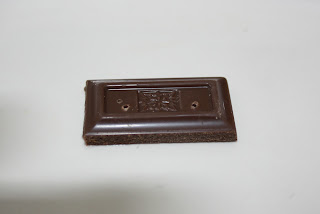 The milk chocolate represents the rock because it melts at a rather low temperature. 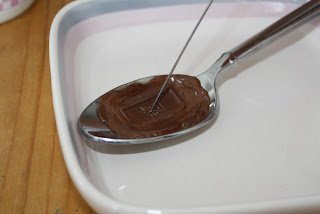 He put the "rock" on the spoon and pushed it around until it got good and melty.  This was to show how the rock would have melted from either a volcano or from the temperature of the earth at 25-37  miles below ground. 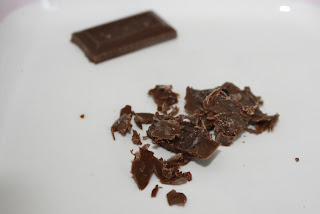 Next he put the chocolate in a cup of cold water.  This didn't make his rock hard enough so he put it in the freezer for a few minutes to get the rock like it would be if it was hardened either by flowing out of a volcano or rising higher than the intense heat in the earth.  Lastly, he scraped the rock off the spoon to show how the rocks would have looked.  A little non stick spray may have made this part easier because it wouldn't come off in one piece.
Posted by ~*~The Family~*~ at 11:34 PM