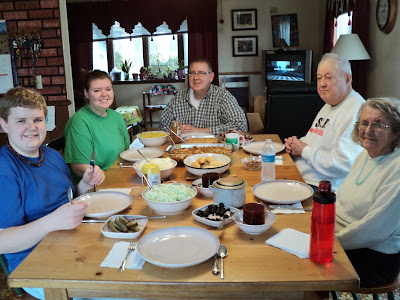 Ham dinner with enough food to serve at least 18 instead of six.  We ate so much everyone passed on dessert. 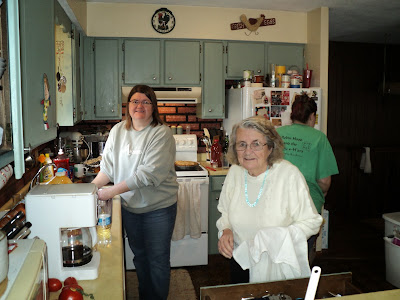 Grandma Shirley dried the dishes and remembered where the silverware went even if the drawer got closed.  It was so fun to have her helping. 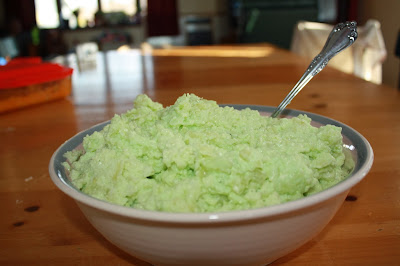 Green salad.  The actual name is, "The Green Salad Aunt Alberta From Missouri Use To Make."
1 package lime Jell-O
1 cup boiling water
8 oz. marshmallows
8 oz. cream cheese
1 can crushed pineapple
1 can evaporated milk
Dissolve the Jell-O in the boiling water.  After the Jell-O is dissolved, add the marshmallows when it still hot so they melt.   Add the cream cheese and stir until smooth, this sort of melts too.  Stir in the crushed pineapple.  Beat the evaporated milk until think and fold into the mixture.  Cool until set.
Posted by ~*~The Family~*~ at 8:42 PM

I love that Jell-o!

I think I need to make that Jello. :)