We were checking out April the Giraffe on YouTube and that got us interested in other live cams.  These live cams are a little addictive and more entertaining than some t.v. shows.  We were watching a bird nest and the bird sounds brought Fluffles out from where ever he spends his days to see what was going on. 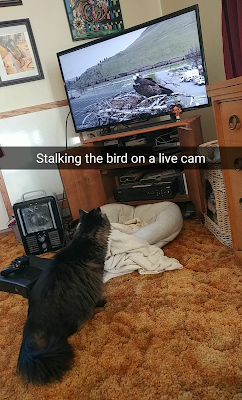 He got down way low like an outside cat would do when stalking a real bird and slowly crept up to the t.v. 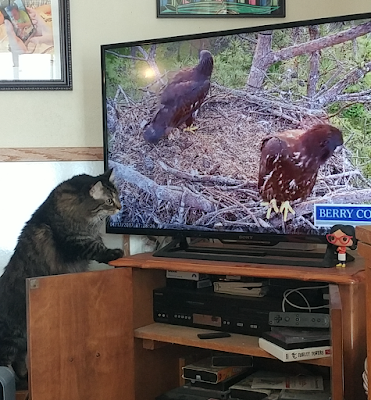 He was so sneaky that he got this close and they still didn't see or hear him. A mighty hunter he is!  He finally gave up, I don't know if he figured out they weren't real or if they were like a chicken on the deck safe behind a pane of glass.  Probably the later.
Posted by ~*~The Family~*~ at 3:45 PM