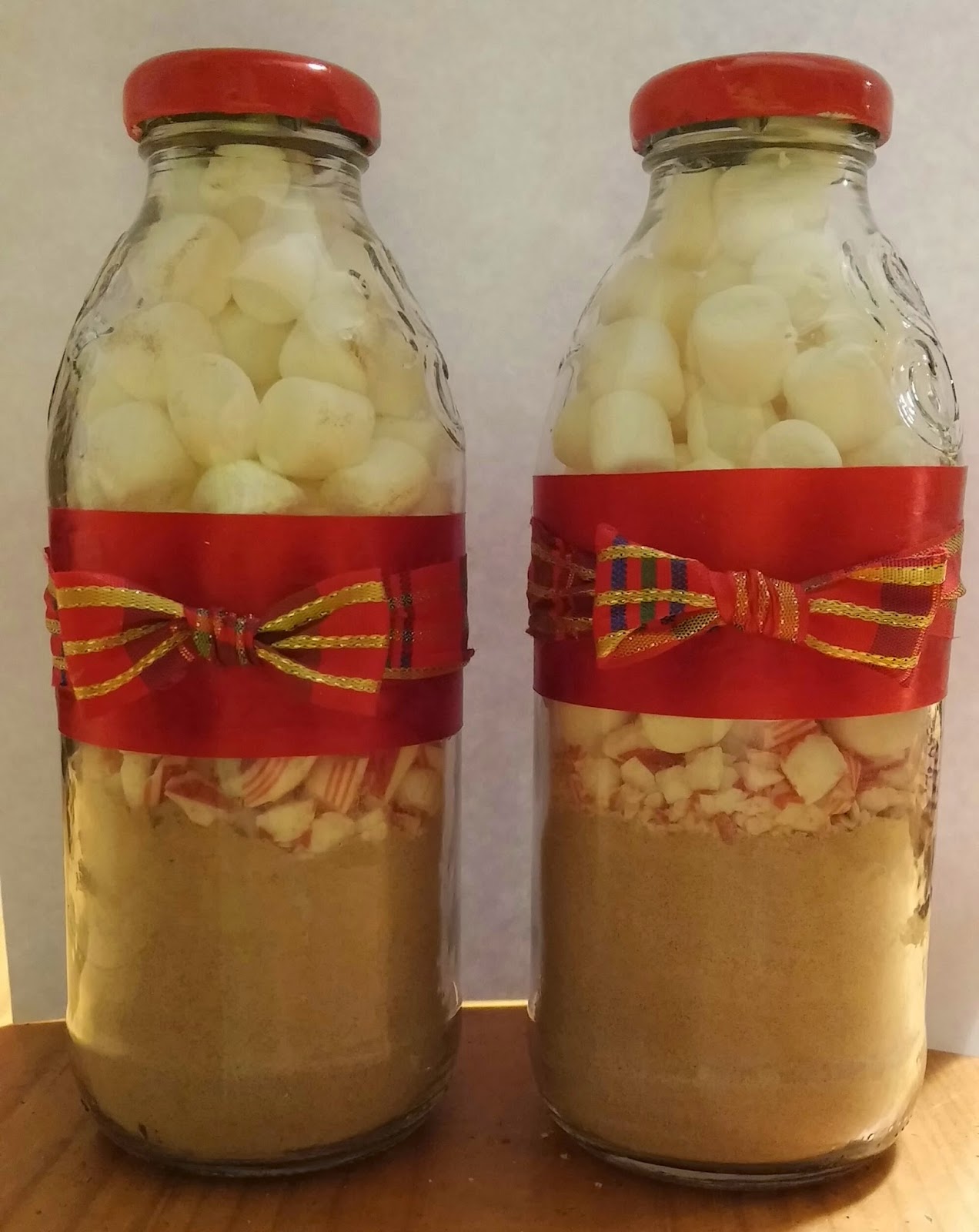 Loved the Snapple bottles we decorated for Halloween so I made a couple with a Christmas theme.

Paint the tops red.  It is now too cold to spray paint so I painted them with those acrylic paints by Apple Barrel.  When dry it was really flat looking so I put a layer of clear nail polish over the top to make them shine.  Then I hot glued on a red ribbon and put a plaid one with a tiny bow tie over the top it.