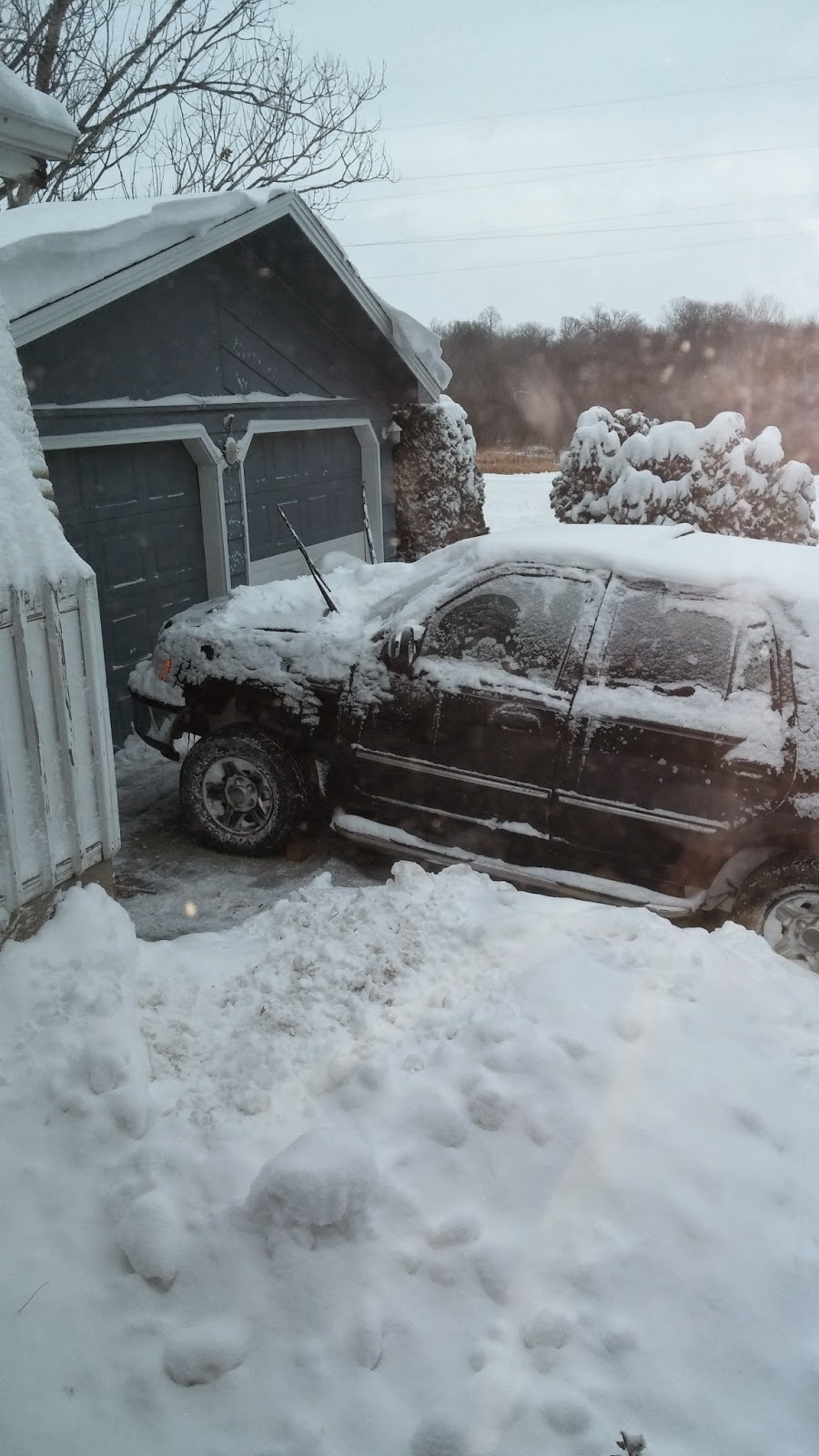 Winter came early this year, November 9th, and dropped over 12 inches of snow.  Way to start out the winter.  We went out to shovel the first six inches and then a couple hours later went out and shoveled another six inches.   Shoveling was a lot of work as the snow was so heavy and stuck to the shovel.   It was so slippery that the car, even though we had the emergency brakes on, kept sliding down the driveway. The first time I looked outside and saw it at the bottom of the drive and the second time it slid down while we were still out there.  Finally we shoveled down as far as we possibly could on the cement and put an ice cream bucket of fish tank pebbles and another bucket of grit where the wheels would be.   Then we put blocks of wood behind the wheels and it stayed in place. 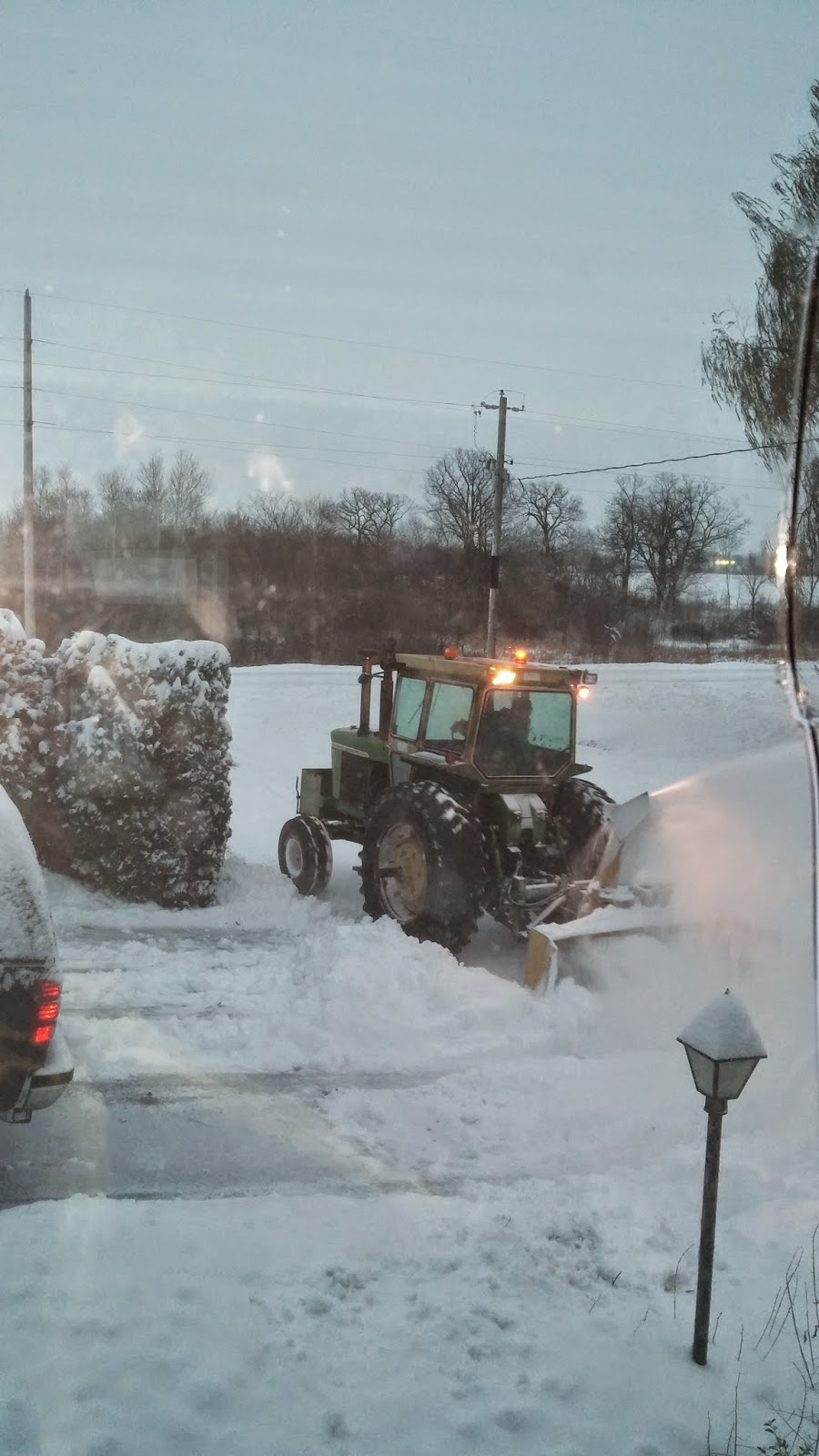 We shovel the cement part of the drive and thankfully the neighbor came and plowed the rest of it.  If he didn't plow for us we would probably be housebound until April. 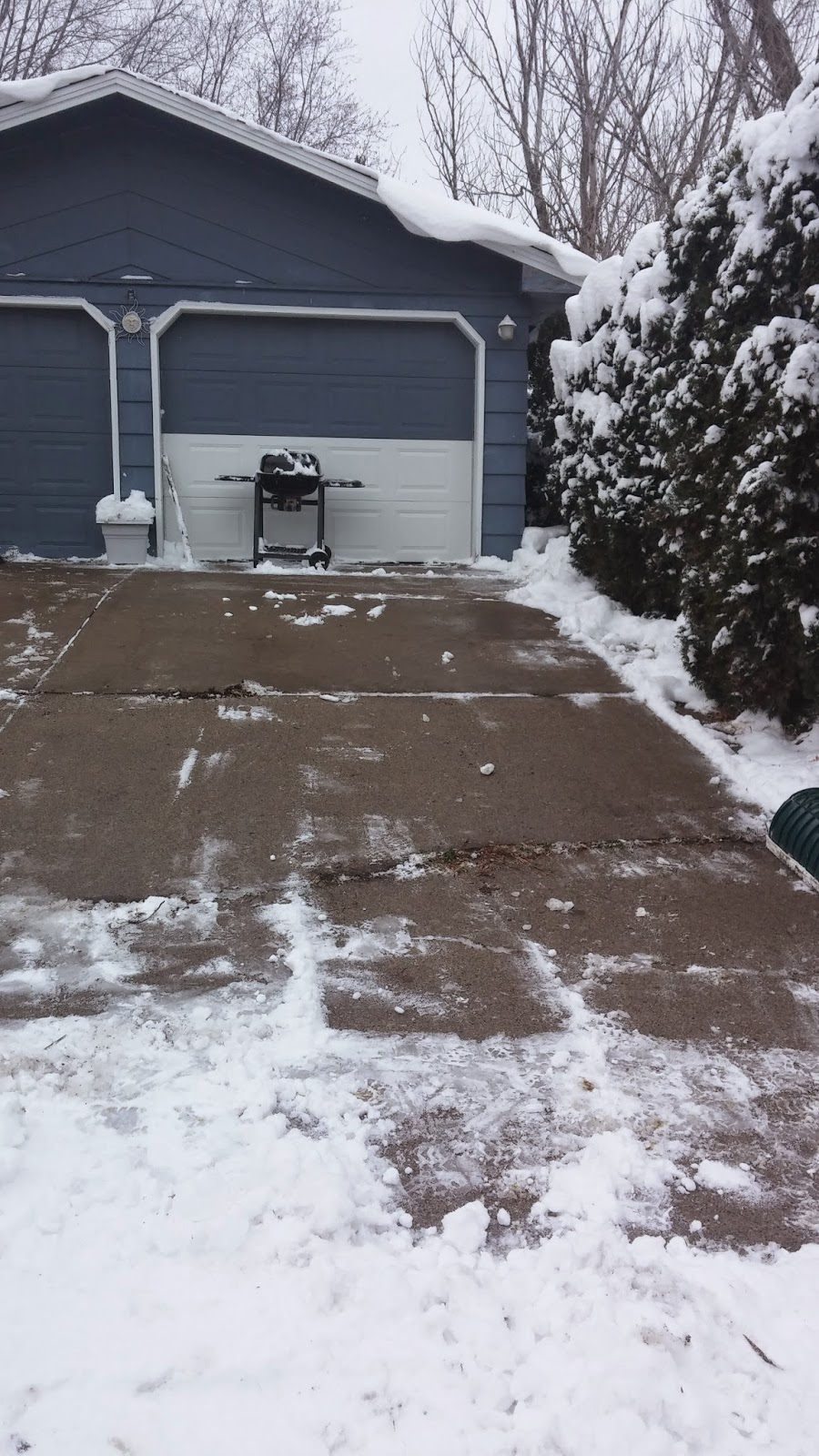 The next day we could see our driveway again and it seemed like such a joyous occasion that I took a picture.