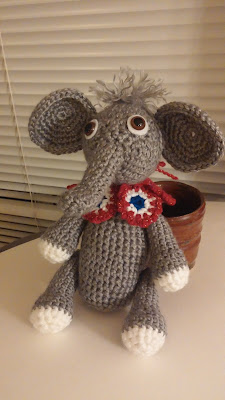 Prunella, named after Prunella Scales on Fawlty Towers, one of our favorite shows. 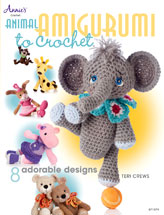 The pattern came from this crochet book I recieved as a Christmas gift.  She looks pretty close to the one on the cover.  I used a much softer yarn than recommended which may have made her not quite as stiff, but who wants to cuddle a scratchy pachyderm? I also crochet in the back of the stitches, which I think makes for a nicer looking surface, but again, isn't as stiff as going through the whole stitch.  Prunella would never be able to stand on that ball. but for all I know the one on the cover is highly photoshopped and all this is a moot point. 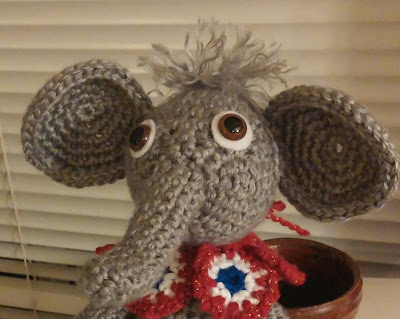 The pattern was correct, it's so annoying to start a project and then the pattern isn't right.  They only thing I had trouble with was one leg and that was because I was talking when I should have been counting.  My favorite part is the little tuffy hair on top of her head.