The Running of The Llamas

The Running of the Llamas is a fun celebration that was held in Hammond, Wisconsin.  This was the 20th, and final year, of the event. During the event, which packs the town with people far and wide, heats of four llamas race down the street for about two blocks to the finish line.  Some llamas are great runners and others are not all that interested.  A llama that isn't interested in doing something just doesn't do it.  If you are holding on to a lead of such a llama, you may not even get over the starting line.  Spark brings Marceline because she makes it her goal to be the leader of whatever group of llamas she is in.  This means that she naturally wants to be in the front of the pack and that her personality makes her a strong competitor in a race.  The last two years Spark and  Marceline won their heats, but came in third over all.  Since this was the last year, Spark ran sprints in the backyard for a good portion of the summer to get ready for a win. 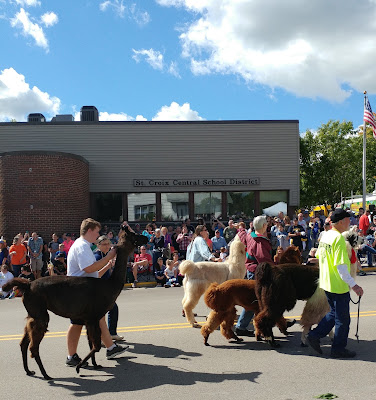 Before the race there is a parade with the llamas, local royalty, and others community groups. 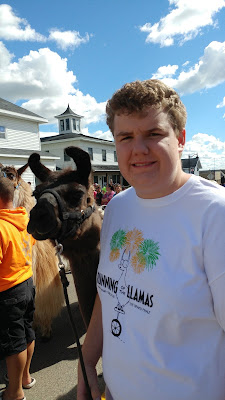 This year Spark's training paid off, he and Marceline came in first place. 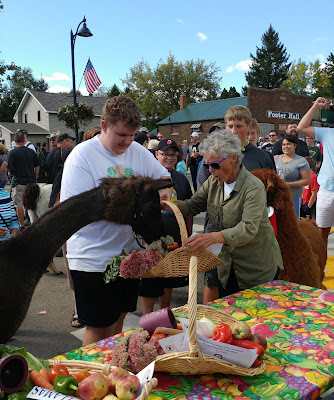 For her effort she was awarded with a large basket of vegetables. 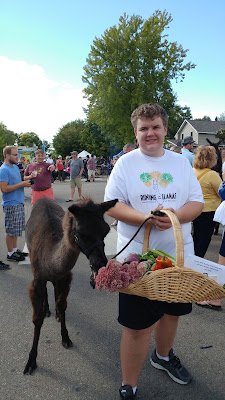 The prize smelled so go we could hardly get her back to the trailer to go home.  Bet she wishes she had run faster those other years now that she has "tasted" success. 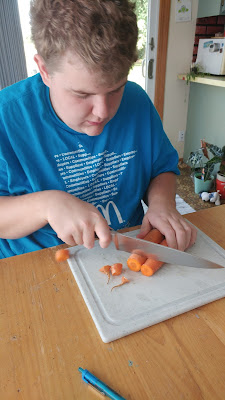 At home, Spark cut up all her winnings to share with the entire barnyard.