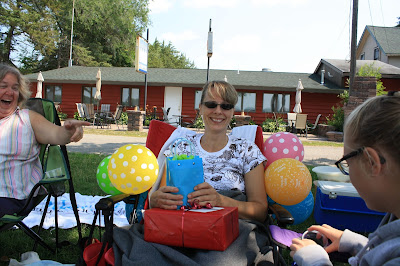 We had beach day planned for our homeschool co-op and it just happened to fall on the same day as one of the mom's milestone birthday.  We couldn't let the chance go by to do something fun so we planned surprised birthday party for her.  She got a decorated chair and we showered her with gifts. 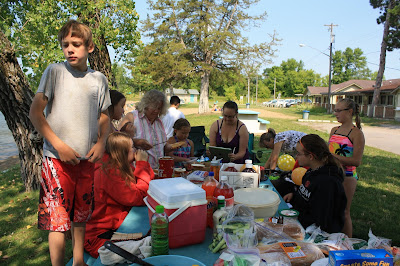 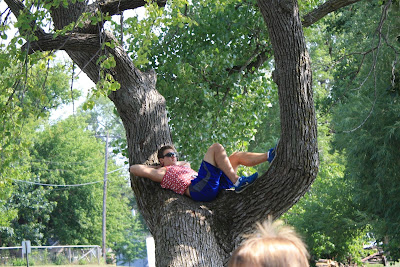 We looked behind us and there was this man lounging in a tree.  Him in the tree reminded me of the movie Benny and Joon.  I wanted to yell over to him when he got down that he was out of his tree but, I missed his exit.  And yes, he really is wearing a red and white polka doted tank top.  I think instead of the boyfriend shirt it is the girlfriend cammy. 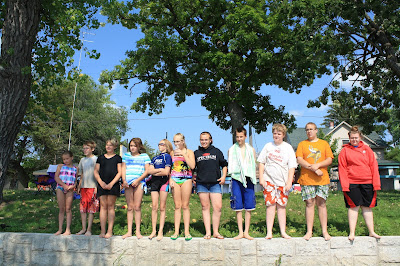 All the kids from youngest to oldest. 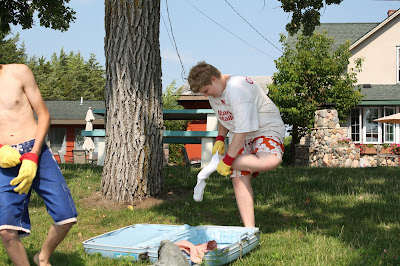 We had planned to play lots of old fashioned birthday party games but, the kids only got out of the water to eat and then they were right back in.  We played this one right before we left.  The kids were split up into two groups and they each got a pair of chore gloves.  They had to put the chore gloves on, run down to the suitcases, pick out a piece of clothing to put on, put it on while wearing the gloves and run back.  They found this one so fun they played it twice.