And Now, For The Rest Of The Fair 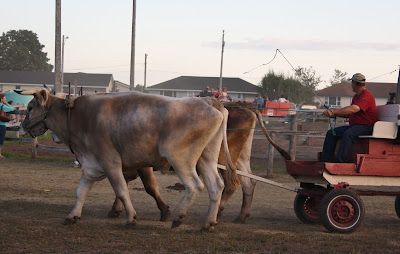 To the back of our camper is the horse arena and we have a wonderful view of all that goes on there, either from the camper or we set chairs in the back of the truck and enjoy a few of the shows.  Our favorite is the parade of draft horses and other large animals pulling wagons.  These two ox weight 2700 pounds apiece, that certainly qualifies as a large animal!  It was almost unreal how large they were.  They were in a pen but only because they chose to be there, all they would have had to have done was lean against it and I am sure it would have gone down. 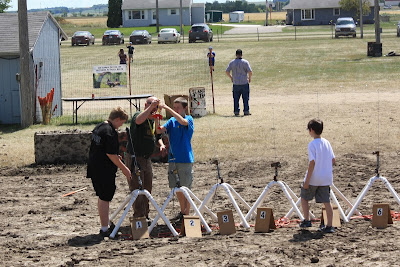 Oh, the rocket launch.  Spark had his rocket out there three times before it did anything and then when it did it flew up in the air about three feet and came back down. 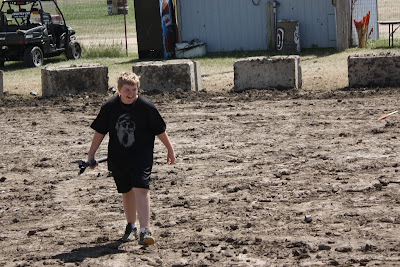 Here he is laughing at how bad it did.  What we think happened was that we had bad glue and when the engine went off it went up in the rocket instead of staying in place and the rocket taking off.   His rocket also had some serious heat damage so it isn't even fixable.  Well, if nothing else he learned not to use that glue any more. 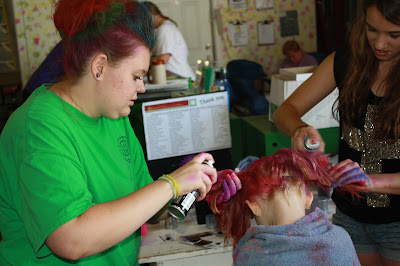 Fair hair.  This is Dancer's favorite part of the fair and she was bummed they only did it one day this year.  All the kids couldn't get their schedules to work out to do it more than once. 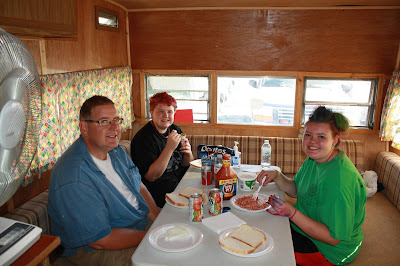 Lunch time.  What we save in food costs more than pays for the camping spot, fair food is expensive, especially if you are eating for six days. 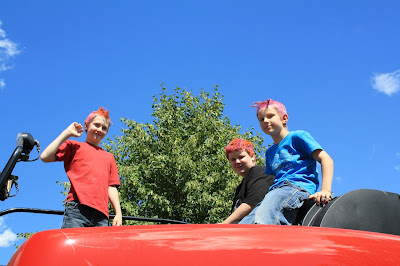 Hanging out with friends on farm equipment. 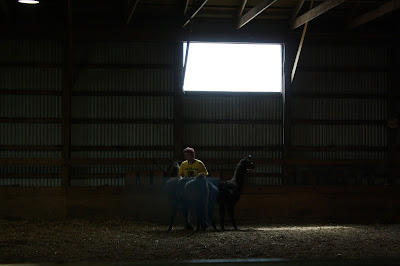 Spark and the llamas waiting in the show arena.  They were part of the showmanship program so other kids could get a chance at working with them a little bit and hopefully we will gain more interest in our county. 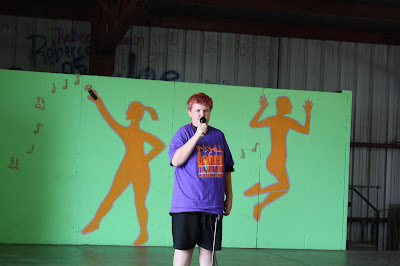 Share the Fun.  This is the first year Spark was old enough to be in the show and he jumped right in by being the announcer.  People were amazed at how well he did but, Dancer is our shy one, not Spark by any means.  I guess when you are the second kid you have some stereotypes to break down to show that you aren't the same as your older sibling. 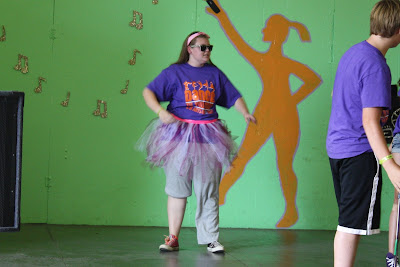 Dancer is more than happy to be in the background.  Although through different 4-H things she has come a long way in being able to come forward and break out of her shell. 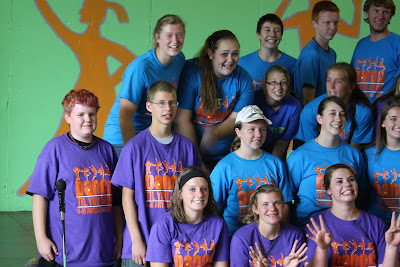 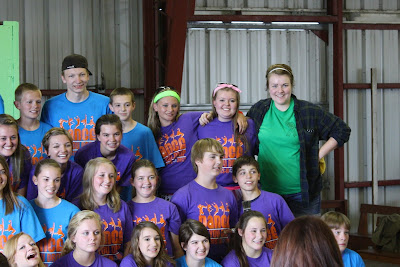 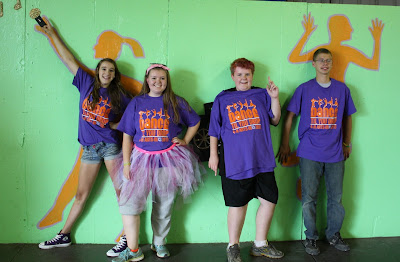 The four kids from our club that were in the show. 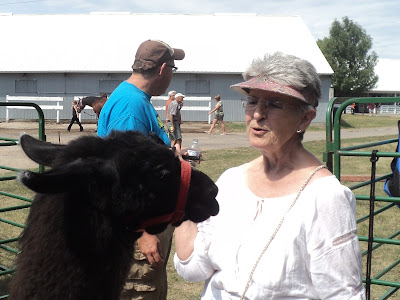 We also had a llama meet and greet.  Even Grandma Pat came to spend some up close time with them. 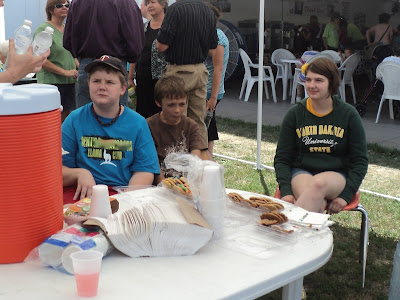 This was senior citizens day where the kids hand out lemonade and cookies.  Spark also helped with day care day and gave barn tours.