Goats At The Fair 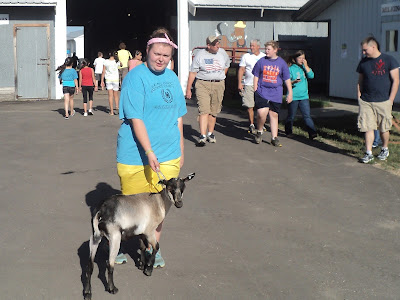 Arriving at the fair. 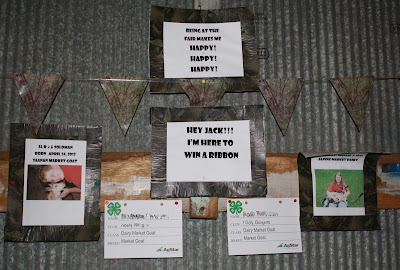 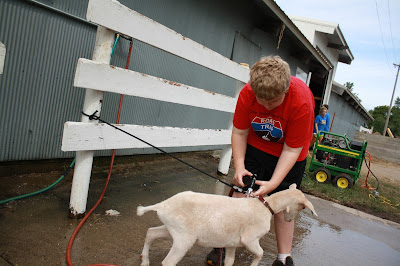 Bath before the show.﻿ 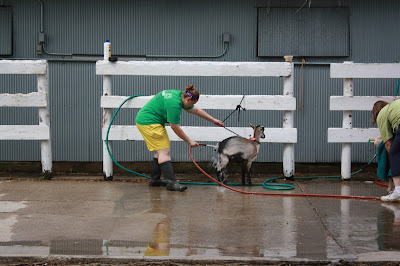 We made a big, big mistake with Jamal.  The goats weren't really drinking the city water and we were a little worried about dehydration.  The morning of the show we brought a bottle with some sugar in the bottom to mask the taste of the water.  Solomon has never had a bottle and didn't know how to drink from it.  Jamal knows very well what a bottle is and he sucked the bottle down.  When it was time to get them washed for the show the sugar was through his system and he had he worst poops.  Dancer washed him but it just kept coming, so after his bath she had to wipe him off with baby wipes so he was clean.  Thankfully he didn't go during the judging because they check their tail area and I had visions of him going right as she lifted his tail.﻿ 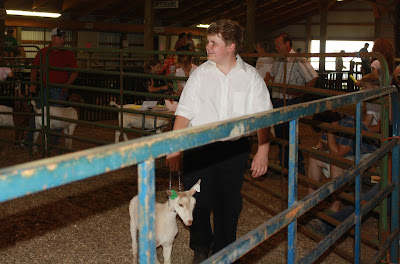 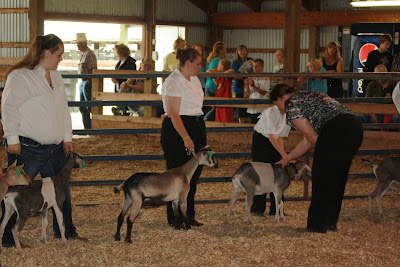 Jamal came in 4th in his group.﻿ 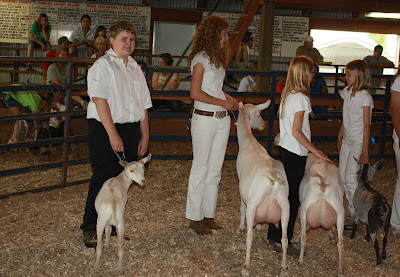 Solomon came in sixth out of eight goats in his group.  We were pretty proud of that though.  Market goats have to be 40 pounds to qualify for the show and he squeaked in at 41 pounds.  Even though he was tiny compare to others his rate of gain was higher.  Here he is in showmanship and you can see how little he is next to these big girls.  In showmanship Spark came in fifth out of 16, Dancer came in 3rd in her group.  Good job for their first year showing! 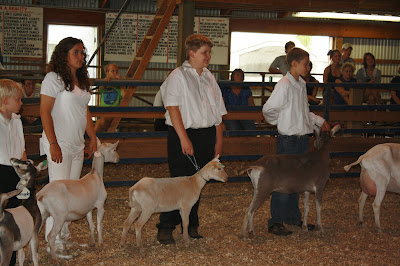 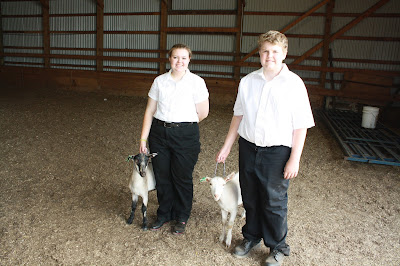 You guys did fabulously! :)