Dancer saw this on Pinterest and when we had our fire going for pies we quick made these up to see if they really did work.
The thought of this project was that you make a cake mix, put it in a hollowed out orange, throw it in the coals of your campfire and in 20 minutes you have an orange full of cake. 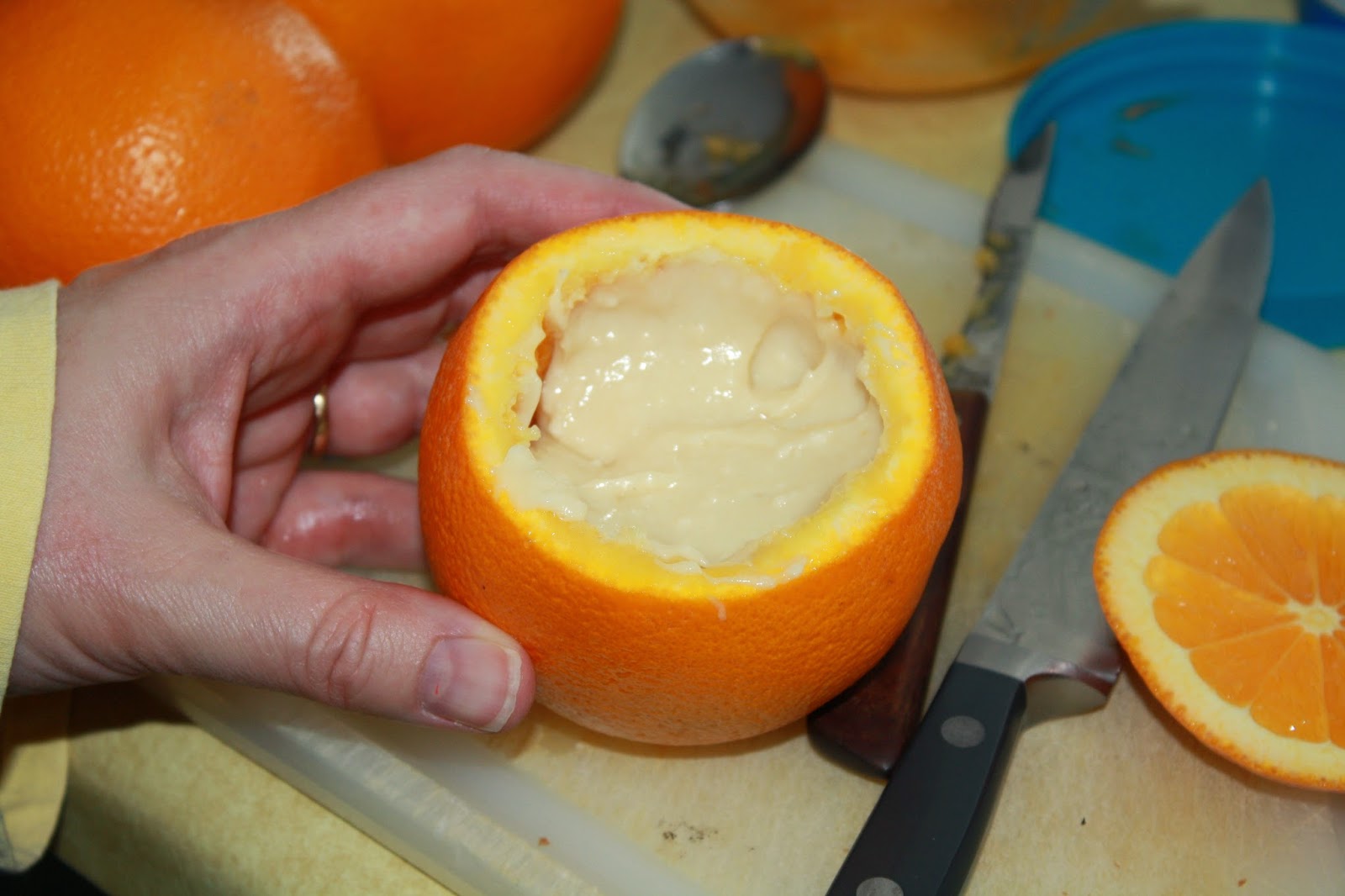 We cut the top of the orange and hollowed out the inside.  Sounds simple, except getting the orange cleaned out with only the top cut off was easier said that done.  We did our best but there was still plenty of orange clinging to the sides.  In hind sight I think cutting off the end that has the navel would have given us better results.  Fill the orange about 2/3 full of cake mix, stick the top back on and wrap it in tinfoil, dull side out.  Wrapping it twice might be a good idea. 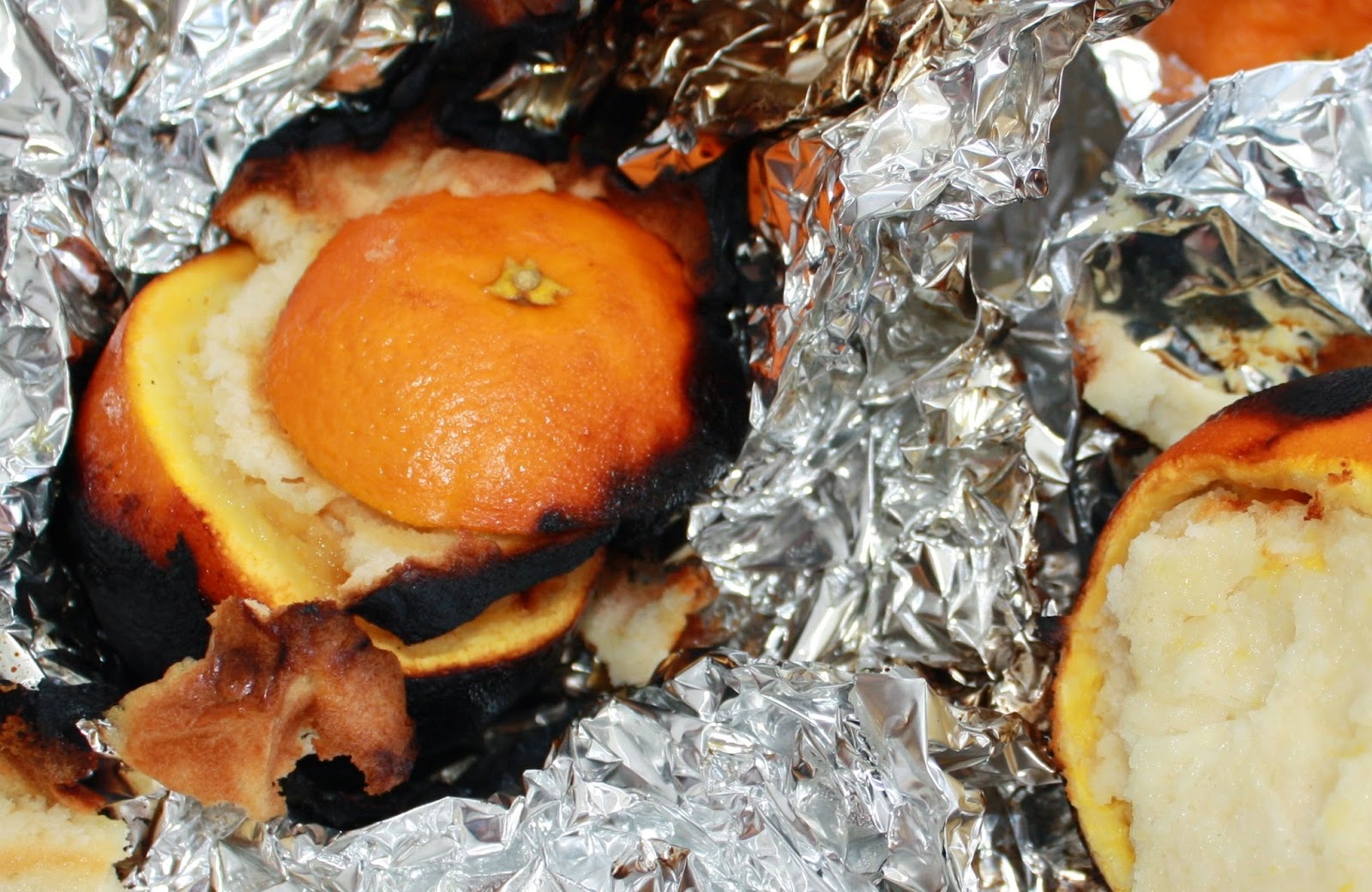 After 20 minutes, pull them out of the campfire and open them up to see what you got.  The first batch we did baked really well, but we put more wood on the fire before they started to bake.  The second ones were at the very end of the fire and I don't think the coals were quite hot enough for the whole 20 minutes. 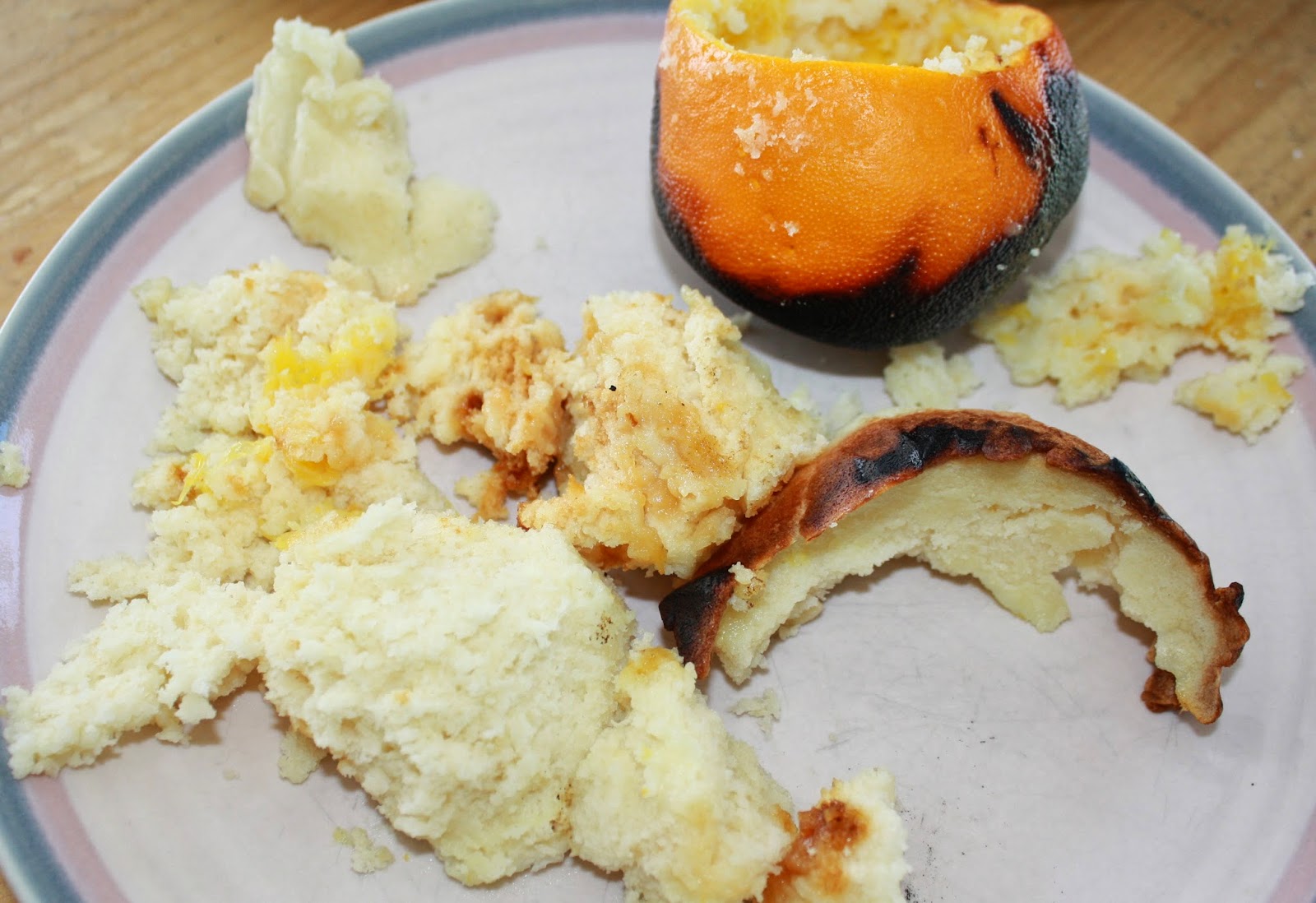 When we opened them up we were greeted by fluffy cake!  We used a white cake mix and I have to say that orange that was left in the orange really added to the taste.  We did have a few bites that tasted "smokey," but other than that, these turned out good.
Did we bust the pin?  Nope, I would have to say these were a big enough success that we will make them again.