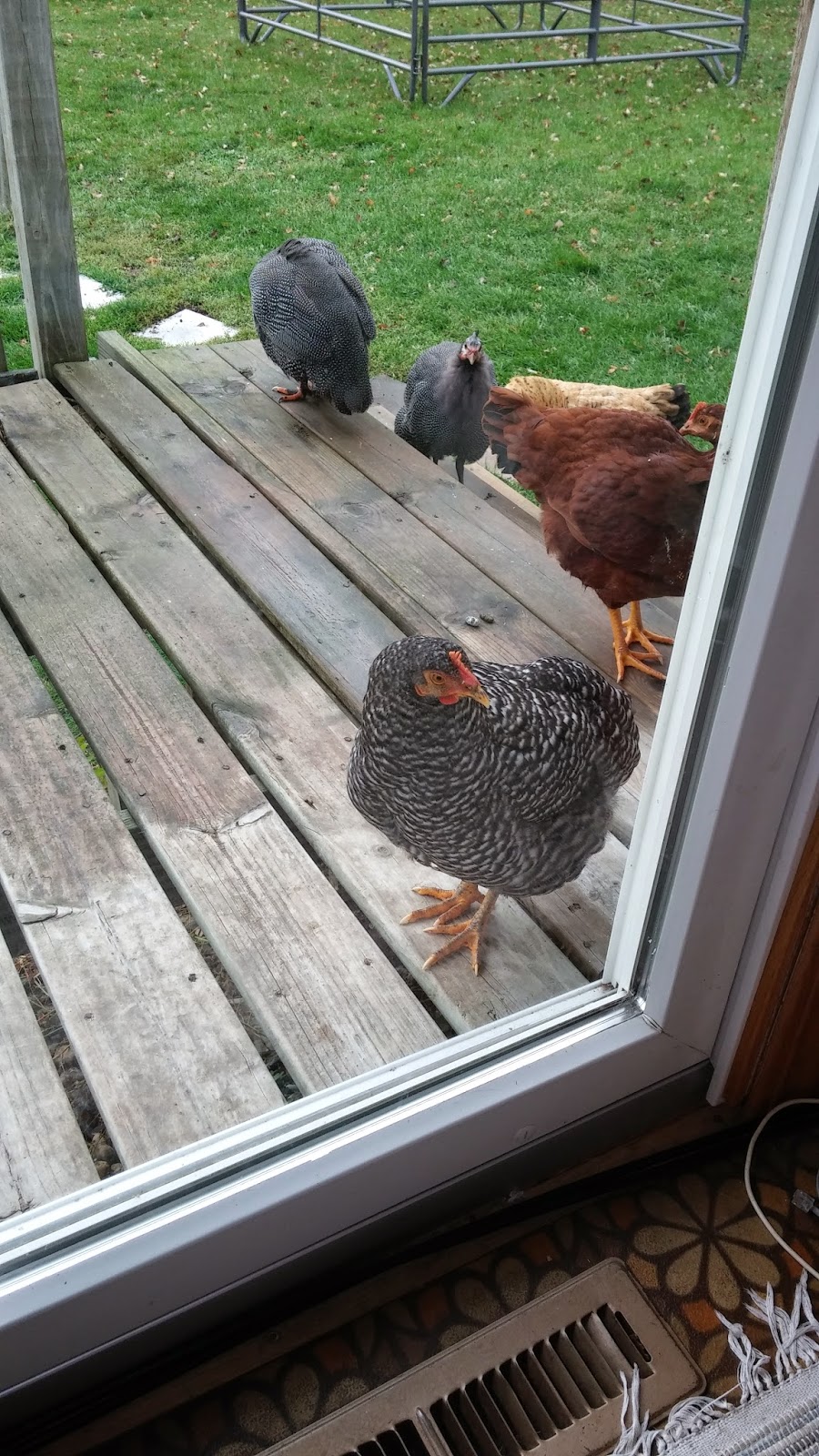 When we bring out cracked corn or kitchen treats for the chickens and guineas we yell "CHICKENS" and they all come running.  But now instead of waiting to be called for their treats, they just come right up to the dinning room door to look for them. 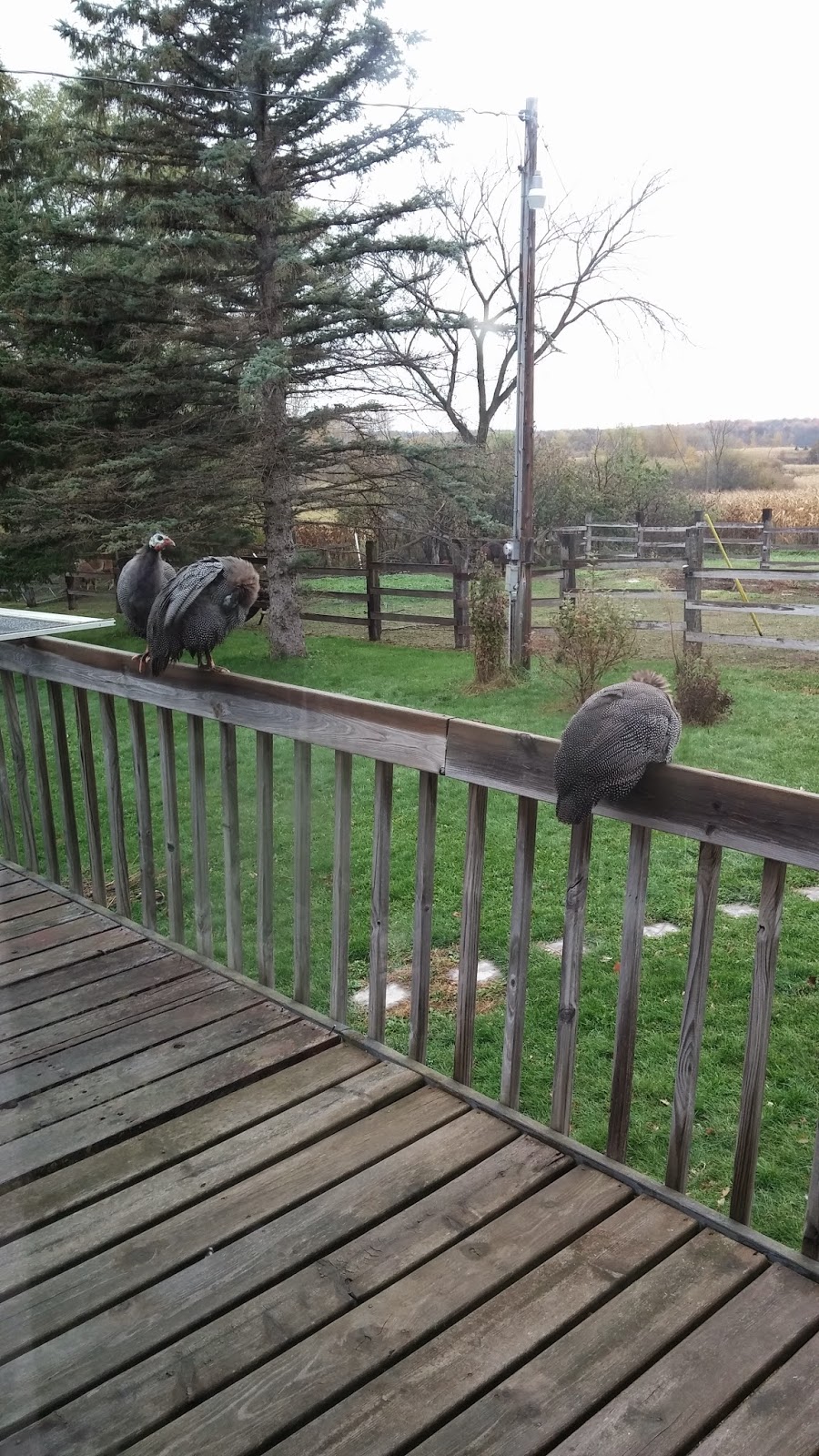 The guineas just roost on the deck rails so that they don't miss anything.  It has almost gotten to the point where we can't go outside without being surrounded by chickens.  The man who came to fill our fuel oil tank for the winter forgot to bring a wrench to get the top off. Dad left him by the pipe to find one of our wrenches and when he came back the guy was standing there surrounded by demanding birds.  He managed to stammer to Dad that they might be hungry.  Leaving the wrench, Dad went back to get a bucket of corn to throw out and save the delivery man. 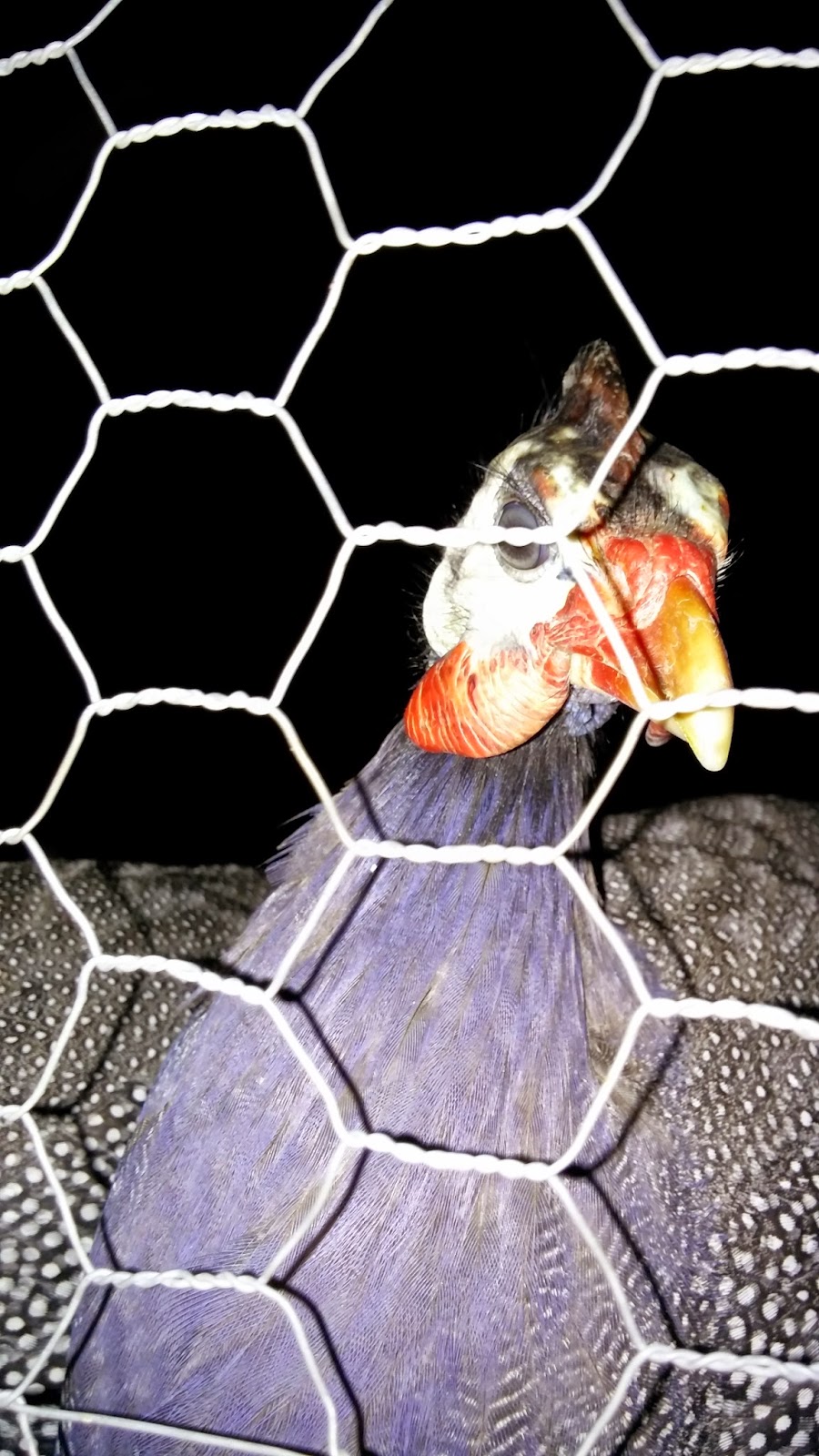 The guineas are a beautiful bird until you get to their head.  They are in the coop for the night here and they were not happy that I was taking their picture with a flash.  Going to the coop at night is a weird thing we have not been able to figure out.  At some undisclosed time, no matter what they are doing, even eating, the chickens and the guineas all just start running to the coop and hop in. 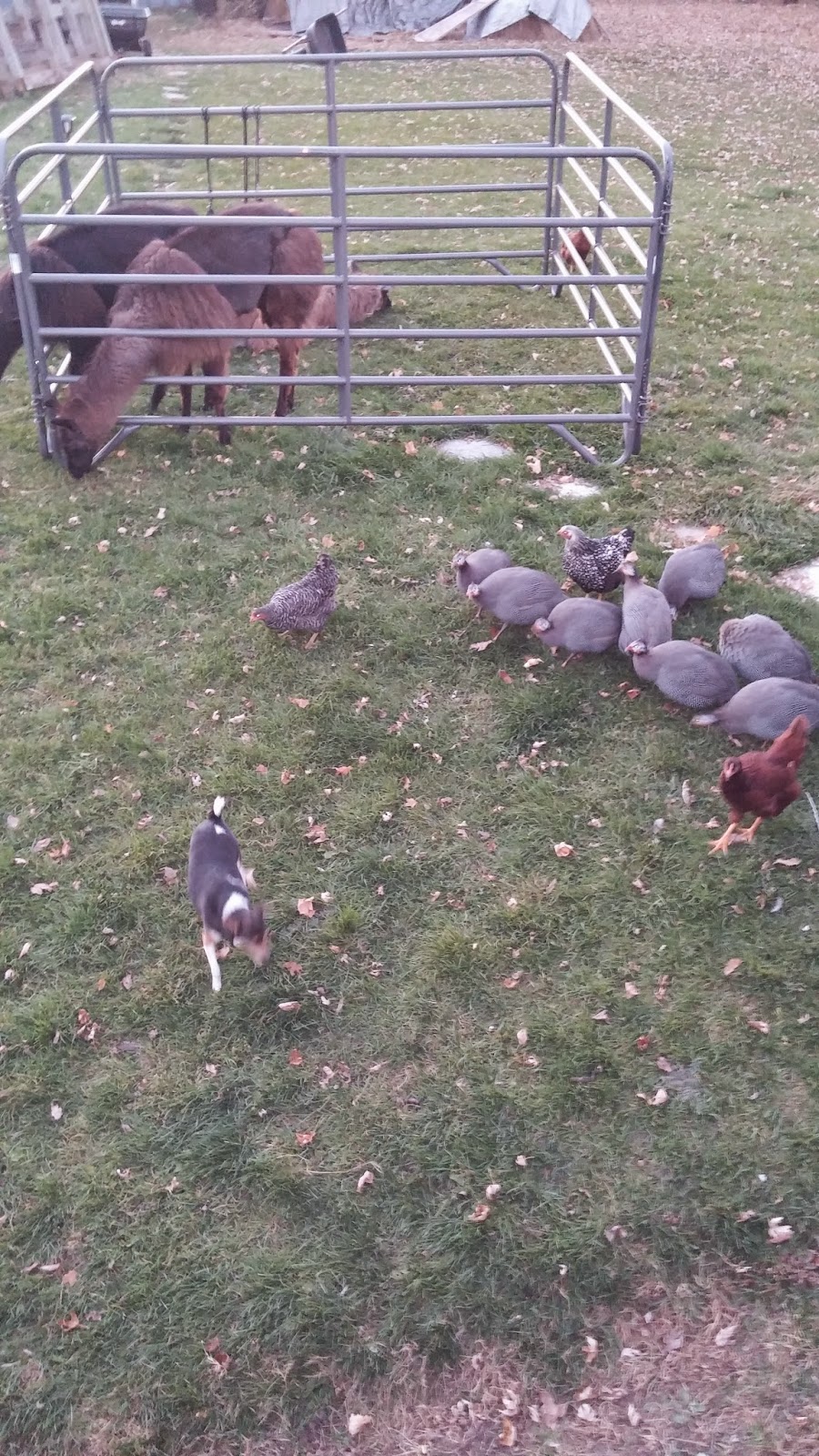 Even the dog isn't safe isn't safe from those greedy gals.  She goes out to go potty and they run over and surround her.  It is hard to do your business with so many eyes watching you.  She is pretty quick out there now so she can get done and be heading back to the house before they can get to her.