This is my Dad, Grandpa Bob, who passed way before we were expecting it on May 15th. 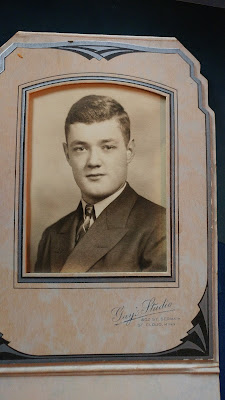 Graduation picture, 1944.  Right after this he joined the US Marine Corps and fought in WWII.  He  traveled much of the Pacific aboard the U.S.S. Antietam. 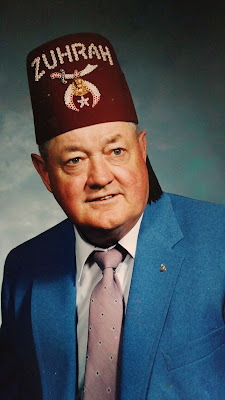 He was a 70 year member of the American Legion, He was also a long time member of the Shriner's (where he love the circus), Masons, other area clubs and an active member of his church for over 60 years where he served as an elder 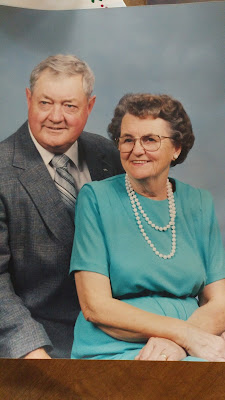 My mom and dad celebrated their 60th anniversary on March 17th. 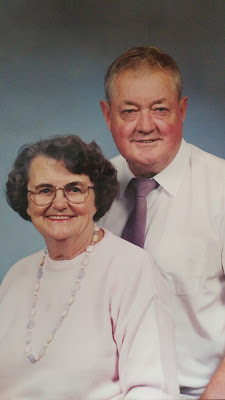 My mom has suffered demenia for about 18 years. Over the years they were both true role models of what it means to live out the marriage vows, in better and worse, in sickness and in health. 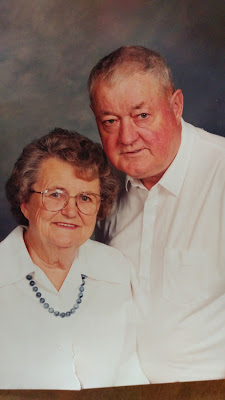 They have not, however, parted in death. She doesn't belive he has died and tells us he's in town.  Is that one of the few gifts of dementia? 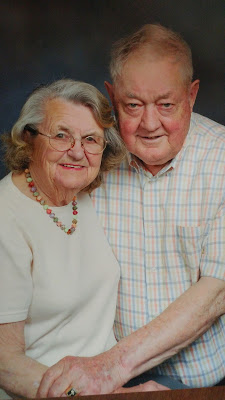 They just celebrated their birthdays the end of last month, he turned 90 and she turned 87.  Her birthday was the last day they saw each other. 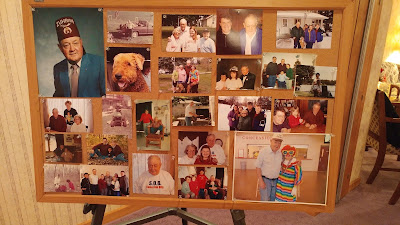 We tried to sum up his life on two bulliten boards and one table. 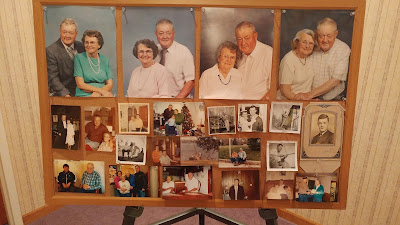 He lived a big life, not sure how you show that in pictures and things. 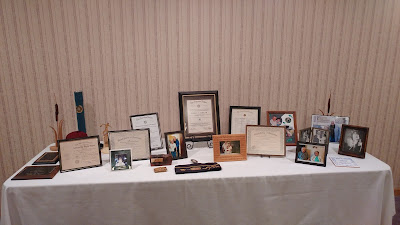 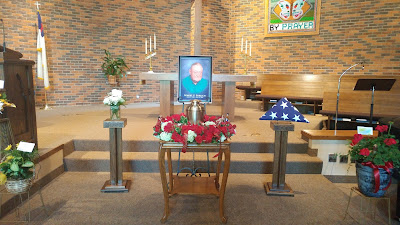 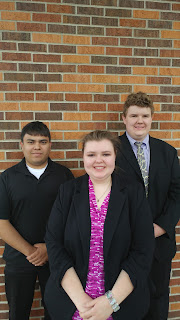 His grandchildren, who were also the urn bearers. 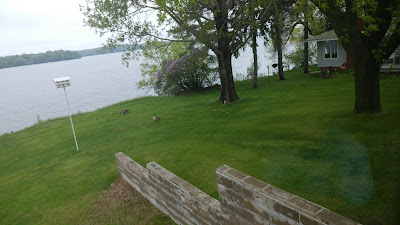 This was the last morning I picked him up at his house for an appointment, there were geese with their little goslings in his front yard.  He wanted to stay at his house, where he had lived for over 60 years, until the fall. He didn't want to go into a nursing home and he didn't. 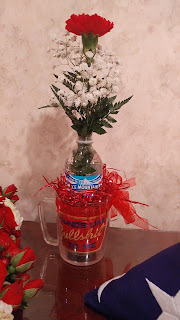 He was never a man of few words, if he thought it, he said it.  This was his water glass, which he as of late struggled to drink enough of.  It says, "Sounds like Bullshit to me."  Yep, I agree, that sums up the situation of last few weeks. 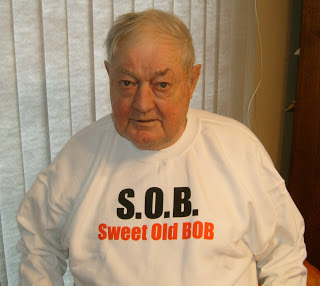 This is how we will remember him, Sweet Old Bob.

I'm so sorry for your loss. You have really had a month of ups and downs, haven't you.