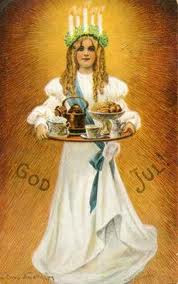 St. Lucia was a young Christian girl who was martyred, killed for her faith in 304 A.D.  The most common story told about St. Lucia is that she would secretly bring food to the persecuted Christians in Rome, who lived in hiding in the catacombs under the city.  She would wear candles on her head so she had both her hands free to carry things.  Lucy means "light" so this is a very appropriate name.

St. Lucia day is celebrated on December 13th with the oldest girl in the family playing St. Lucia.  The girl dresses in white with a red sash around her waist and a crown of candles on her head.  She has saffron buns for the family for breakfast.  Schools normally have their own St. Lucia and some town and villages also choose a girl to play St. Lucia in a procession where carols are sung. 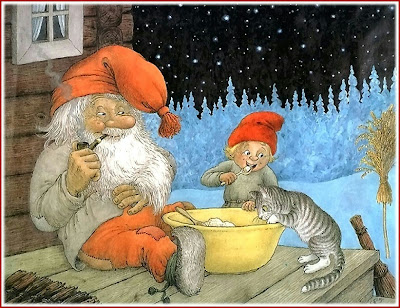 A tomte is a mythical creature of Scandinavian pagan folklore, believed to take care of a farmer's home and barn and protect it from misfortune, in particular at night when the house folk were asleep.

In the 1840's he started delivering gifts on Christmas if he wasn't mad.  To keep him happy children would put out a bowl of porridge for him. 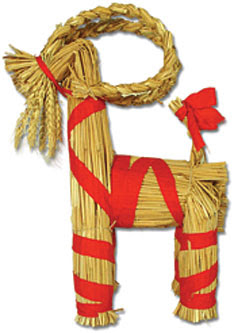 The Christmas goat, called Julbuk, guards the Christmas tree.  The Julbuk, and many other decorations, are made of straw to remind them that Jesus was born in a manger. 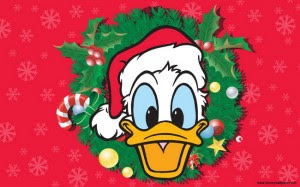 On Christmas Eve, always from 3:00 to 3:05 p.m., over 50% of the Swedish population watches Donald Duck.  This tradition started in 1960 and it is always the same episode.   The Swedes call the program Kalle Anka (pronounced kah-lay ahn-kah) after the star of the show's second animated short, a 1944 cartoon called Clown of the Jungle 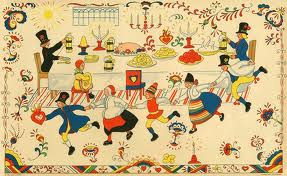 The Smörgåsbord - Smörgås meaning open-faced sandwich and bord meaning table.  Some foods found on the smorgasbord that we love are bread dipped in ham broth, ham with mustard, small meatballs, sausages, potatoes, rice pudding, cabbage, herring, lutfisk, white sauce, pickled cucumbers and baked beans.
Posted by ~*~The Family~*~ at 1:30 AM

I'm so curious now. What is the Donald Duck cartoon? Thanks for giving me a little "light" reading. I needed it today. :o)