O Spring, Where Art Thou?

The calendar may say today was the first day of spring but, that is not the scene outside. 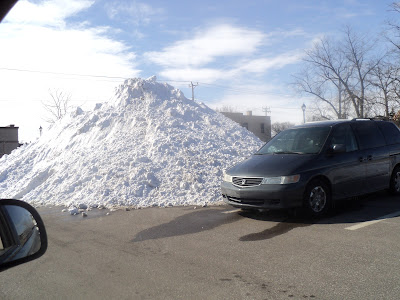 Every parking lot has multiple piles of snow this large. 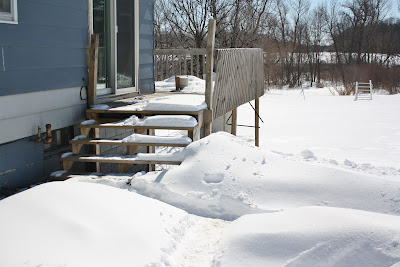 The drift by our back door is over four feet tall.  We have to shovel for the dog to out to go potty or she can't get through the snow. 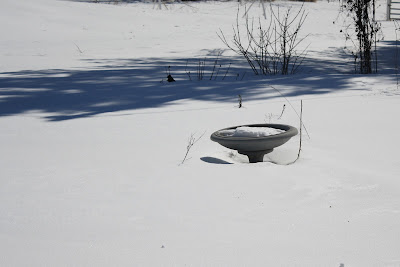 Much more snow and the bird bath will be gone. 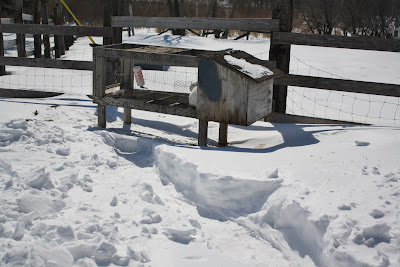 We had to shovel a path to get to Chester's hutch.  He is on the right side partially hiding from having his picture taken. 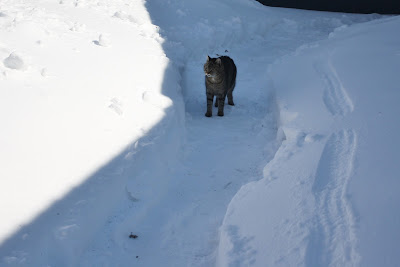 The snow on either sides of the path are higher than Vidalia.  She is an outside cat so I am sure she has more than her fill of winter. 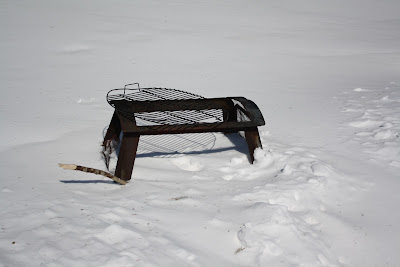 It will be a while before we have a bon fire again.  The last couple of years we have been able to have them in the winter. 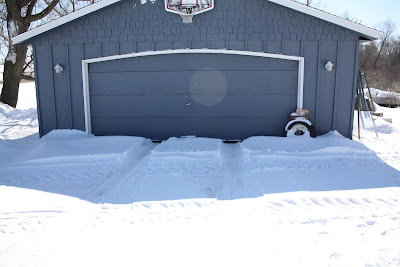 We just gave up shoveling in front of Dad's garage.  Let it melt.  Good grief, enough is enough. 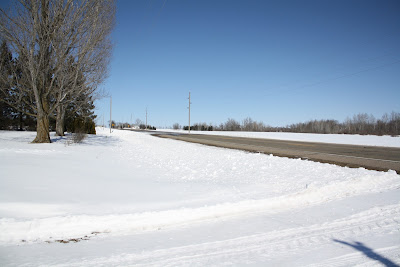 The road by our house is pretty good but the majority of the roads are covered with ice where the snow has been drifting.  I think we should abandon the car and look into getting a luge. 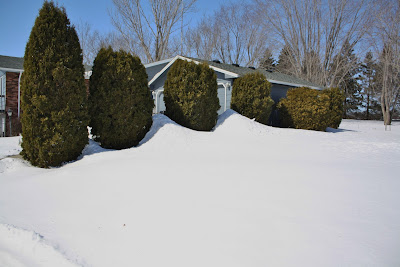 The snow by the other garage has piled up so high it has turned into a privacy fence.  There is more snow forecasted for Sunday and when we get into April we will have had six, count them six, months of snow.  I guess we won't have to worry about planting potatoes on Good Friday.
Posted by ~*~The Family~*~ at 5:30 PM

We haven't had nearly as much snow as you, but I agree. Let it melt. Enough with shoveling, bring on the spring. I hope the Sunday storm didn't hit you too hard. We are supposed to get some today, but I'm hoping it will go south of us. Our crocuses teased us yesterday with a sprinkling of purple across my garden beds. I would really like to see more of that and less white.

Peace and Laughter and Warm Thoughts!