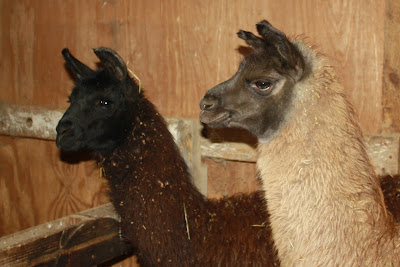 Dancer and Spark have made great progress with the llamas in only two days.  When the kids go to pet them, they don't flinch anymore. 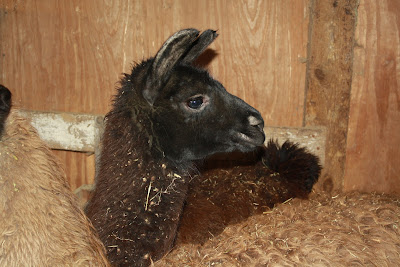 Llamas make a hmmm sound like what you would say to someone when you really aren't listening but, you want to sound like you are listening.  Or imagine when you are reading a book and someone keeps talking to you and they can't figure out that you are reading and they should give up and find something else to do.  That kind of hmmm.  We read that they make that sound when they are tense, stressed or nervous.  At first they were hmmming the whole time we were out with them and now they have settled down a lot on their amount of hmmming. 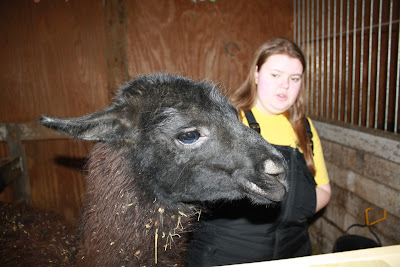 When we picked them up a boy said that he spent half an hour the night before trying to get a halter on Nora, now Dancer is able to get it on her in just a few minutes.  Dancer has a way with animals and they just seem to do what she wants.  We are going to be busy on Monday and Tuesday most of the day so hopefully they won't back slide with less interaction. 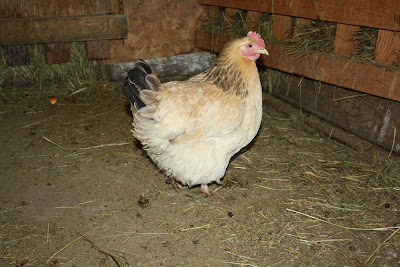 The chickens are not pleased with the llamas in the barn.  Where we put the new pen is right where the chickens use to lay their eggs.  They stand in front of the gate and cluck, cluck, cluck.  I can imagine them saying, "I have to lay an egg and you are in my spot!" like they are waiting with their legs crossed in line for the bathroom.  The chickens have relented and made a new nest in the very corner of the pen, so far we have lost nary an egg.  Granted, our chickens are old and on a good day we only get a couple so there isn't a huge pile to be stepped on but, since we only get a few each one is precious.
Posted by ~*~The Family~*~ at 3:33 PM

How close are you to me? I've got 4 alpacas you can have; all males, 2 gelded, 2 cinnamon, 1 rose gray and one black/white/brown.
Seriously.

I looked at your blog and saw that you are in Virginia so we are a couple days apart, it would be quite the road trip!