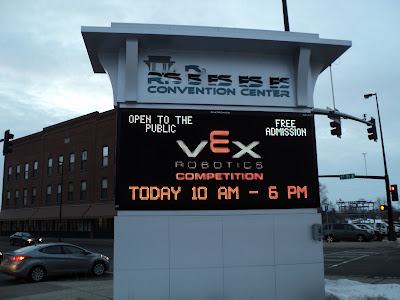 Today was the big day, the Vex Robot competition.   The sign said 10 am to 6 pm but, it was really 7:45 - 6:00 because all the teams had a ten minute judging session and had time to do any last minute changes to their robots.  Thankfully Dad volunteered to take Dancer in this morning and then came back home and got Spark and I later. 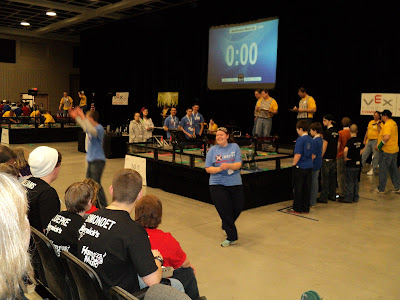 Dancer isn't a driver or a coach so her job was to get the crowd excited when their team was in the arena. 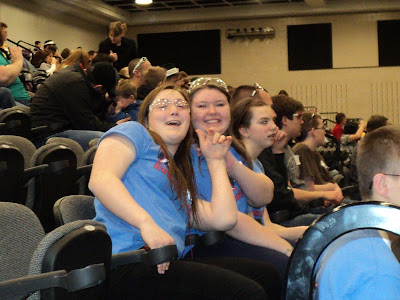 When their team wasn't competing they were still dancing in their seats. 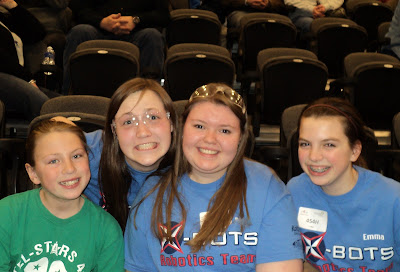 No one told Abby this wasn't the goofy picture. 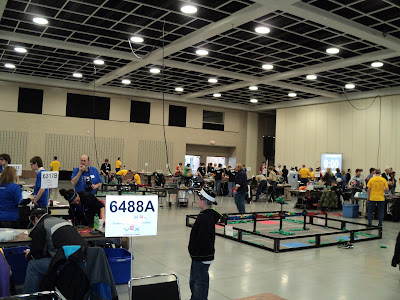 This was the practice area back stage.  There were 35 teams there so it was a busy room. 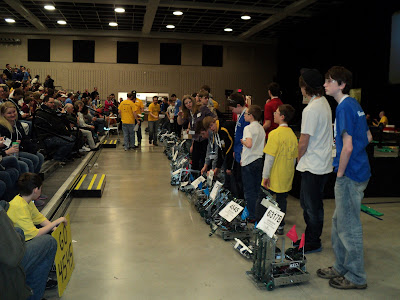 All the teams lined up according to how they did in the qualifications rounds, all 70 of them.  Those took until about 4:00 p.m. before we even got to the actual competition.  Dancers team is the blue shirt way down on the other end of the line, they were in sixth place at this point. 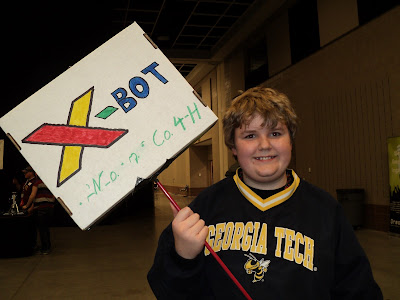 ﻿
Spark got in on a little of the cheering action.
﻿ 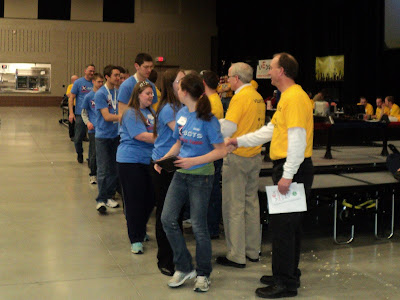 Their team ended up in third place, pretty good for all of them being their first year and they started out with no one knowing anything and they had to figure out the building and the programing.  Almost every Sunday afternoon since November they have been getting together to work on the robot. 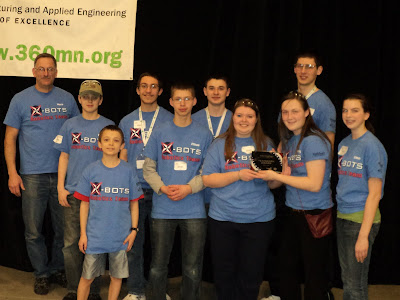 They also took home the "Team Work" award.  I was quite proud of them getting that award and said that I would prefer that they got that award and lost than to come in first and have been bickering between them the whole year.  This is Dancer with her team, one of the leaders and a little brother. 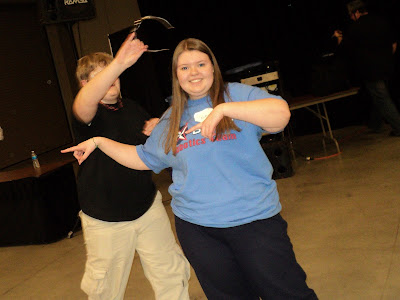 As long as the DJ was still playing Dancer and her friends were still dancing.  Everyone was picking up at this time but they were still going strong.  Spark thought she should have her safety glasses on to dance.  Safety glasses are the name of game with these robots, seems like if they even looked at the robot they were suppose to have their glasses on.  Not sure how they were going to hurt themselves but it worked, no one got their eye poked out.
Posted by ~*~The Family~*~ at 11:36 PM