We hadn't seen Grandpa Jerry and Grandma Pat since Christmas so we thought it time we got together.   More importantly, we hadn't played Apples to Apples all winter.  Seems we only play when Grandma is here so that was another incentive to see them.  They came on Sunday for dinner.  Dad cooked and he was going to make roast and cauliflower.  I took Dancer to a Jr. Leader meeting for 4-H and by the time we got home the menu had grown substantially.  He had 3 chuck roasts, BBQ ribs, Lima beans, baked sauerkraut with apples, a huge veggie/dip tray, and creamy cucumbers.  The cauliflower never did make a showing. 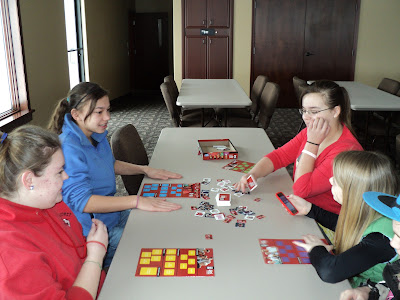 Once a month at our Monday co-op we have game day.  Most of the girls are crazy about One Direction and one of the girls got the game Girl Talk that is trivia questions about them.  Exciting!! They also spent hours dancing to Just Dance and all complained about being sore the next day.  The great part about playing Just Dance or other Wii games is that there is a theatre, probably about the size of a large home theatre we have only seen on hgtv and they can hook the Wii up and play it on a big screen.  All the boys played Minecraft and did a little sledding. 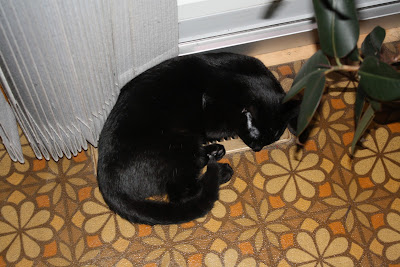 Tuesday the snow came, and came, and came and came until a good eight inches had piled up.  It took Dad, with 4-wheel drive, an hour to get home from work, twice as long as usual, and our Tuesday co-op was cancelled.  Skips found the perfect place to wait out the storm, on top of the heat vent. 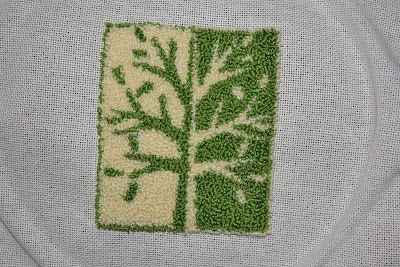 The massive amounts of snow we have had prompted me to get out this needle punch project I started a few years back.  It took me less than an hour to finish it so I should have finished then when I had a plan for it.  Now not sure what I will do with it but it's done. 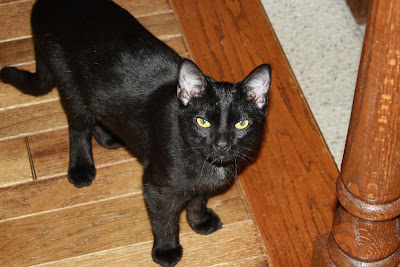 By Tuesday night Skips had had enough of winter.  Before we go to bed we go out and turn the light out in the barn.  Dad opened the door, this now about 11:30 and Skips saw it as his chance to sow his wild oats.  Like a streak of soot he was out the door.  About 45 minutes, and lots frozen fingers and toes, later we got him back in the house.  On Wednesday morning bright and early I called to make an appointment to get his wild oats removed.  Next Thursday is his big day so we will be watching him like a hawk every time we open the door between now and then. 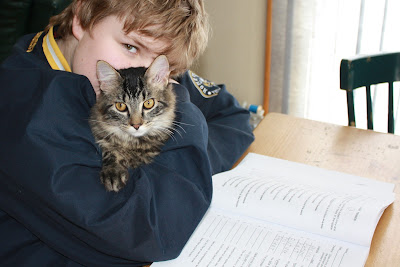 An extra day at home and I had foolishly hoped we would get a lot of school done.  Mr. Fluffles doesn't speak English much less know any grammar so it  has been slow going.  I think the long winter has made our concentration wane.
Posted by ~*~The Family~*~ at 1:24 PM