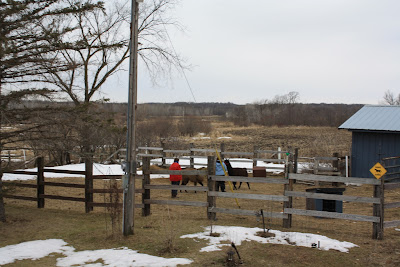 The llamas have been living in their new abode for a week and a half now and are getting quite use to us.  The kids can get the halters on almost always on the first try so we thought we would try taking them in the corral with the leads on.﻿ 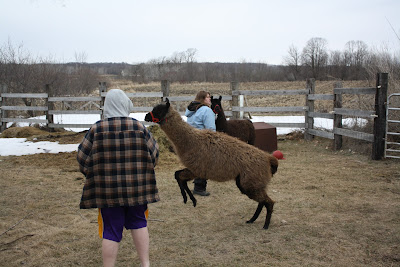 We found that Marceline is definitely the spunkier of the two.  She would leap and 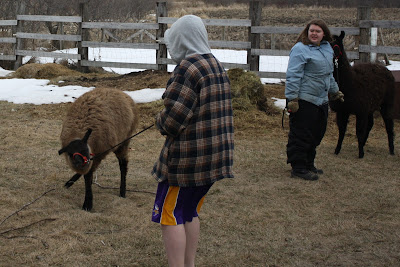 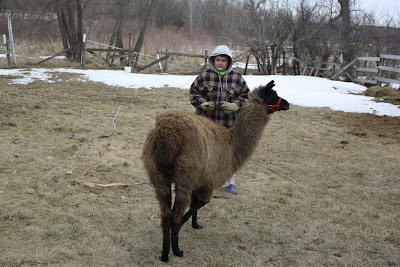 pretend she was with the program and then﻿ 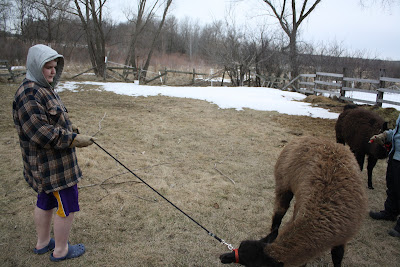 dive again.  The kids held on to the end of the leads so their arms didn't get ripped off and the llamas had plenty of room to do their antics.  ﻿ 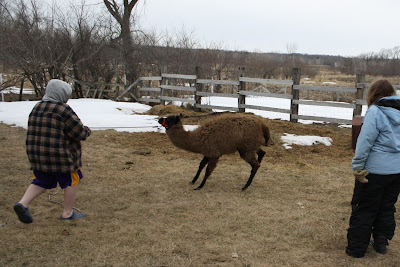 Marceline would run and then suddenly stop only to
﻿ 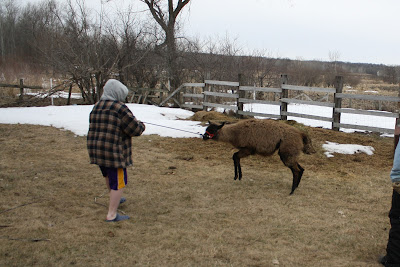 buck up and down.  I think there might be a reason why people don't ride llamas and use them as pack animals or to pull a cart instead.   They reminded us a lot of how baby goats flip and run around. Even though they are as tall as we are, these two girls are only eight months old so they are young, maybe this is just their carefree, childhood way of enjoying a day outside.﻿ 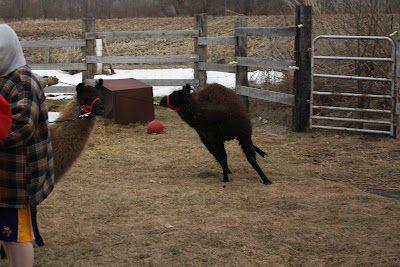 Just so it doesn't seem like Nora didn't have her obstinate moments as well, here she is zagging back and forth.  They also did a lot of walking so we think they are coming along well, they will need a lot of sweet talking.  Today it snowed close to a foot so that will hinder them getting out for a few days until it melts but, we got a good start.  It will give them a few days to think about it.
Posted by ~*~The Family~*~ at 4:17 PM

Oh my. Just....oh my. Do you ever feel like you um...might be really busy with these two? ;) Hopefully the snow gives them some time to "think". :)