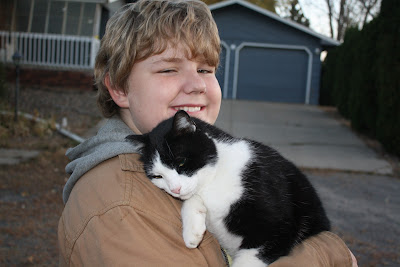 Kacheekers needed one last snuggle before we could leave. 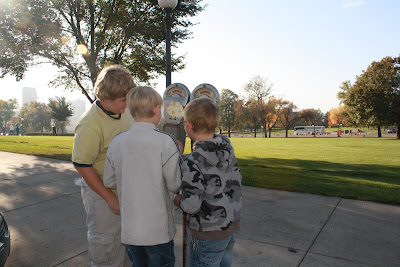 Spark and his farmish friends figuring out where to plug the quarter in.  We don't have parking meters in our neck of the woods. 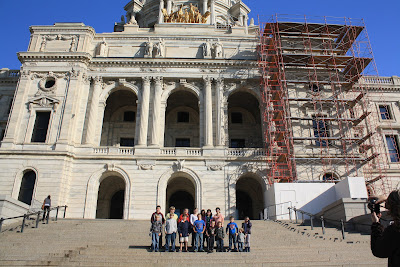 Our whole co-op group on the steps of the capital.  Now, they knew we were coming so they could have taken down the scaffolding for the day so it didn't mar our picture. 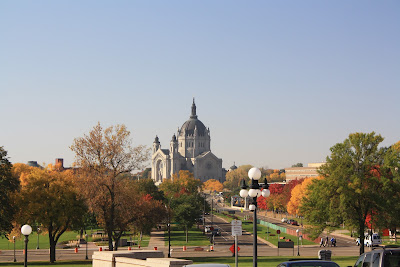 Scene from the steps. 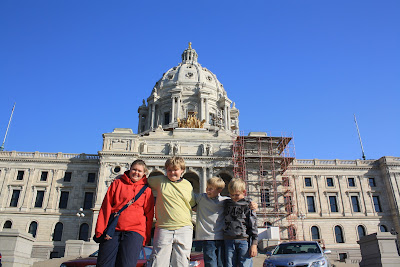 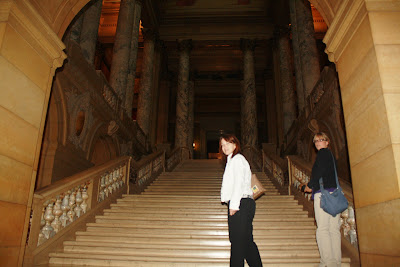 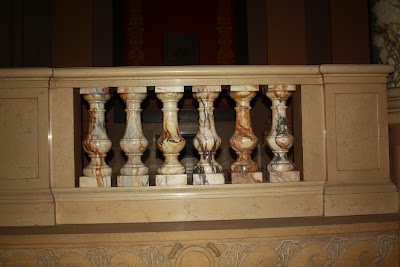 The details through out the whole building were amazing. 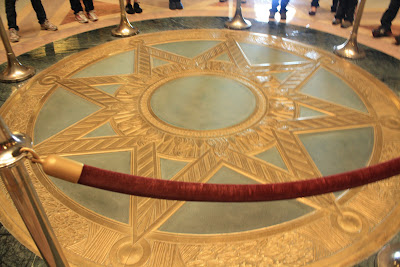 A skylight in the floor of the rotunda that shines through to some meeting room underneath. 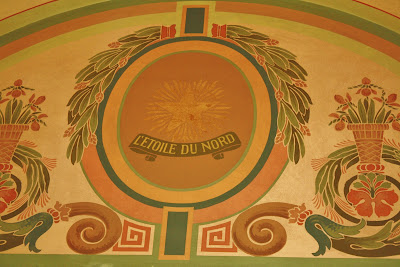 Our state is called "The North star State" which looks quite majestic written in French.  The French were the first people to explore our state.  We live in an area with mostly German and Polish folk which got me to thinking, what if they had discovered it first?  In German it would have been "Sterne Ses Nordens" and in Polish "gwiazdka z polnocy."  There are a handful of us Swedes in the area and if we had been the first ones here it would have been "stjarnan i norra."  None of those have quite the same look as the French. 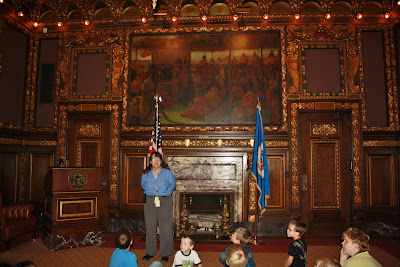 This is Mimi our tour guide.  I think her alter ego is a marathon runner, she was quick and ran up stairs while the rest of us were trying to stay with her and then catch our breath when she would stop and talk.  This is in what she called the governor's living room where he gives press conferences, 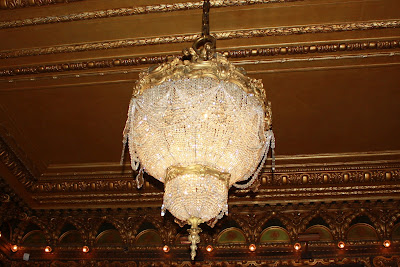 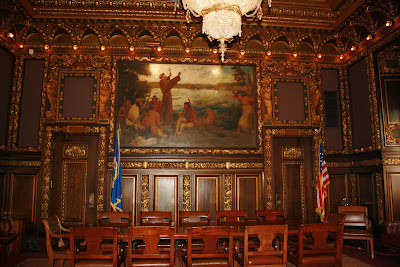 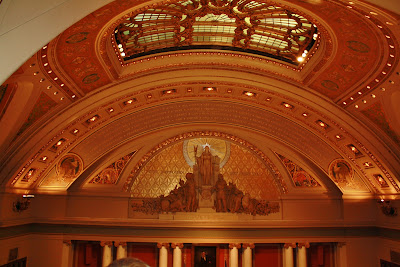 The ceiling of the room of the legislature. 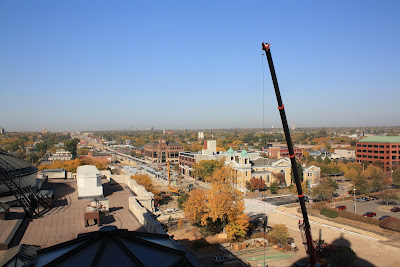 Views from the roof. 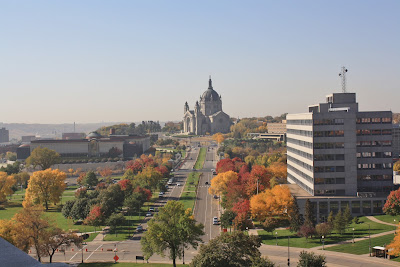 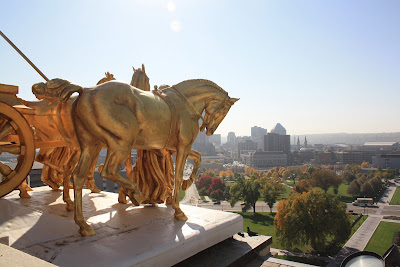 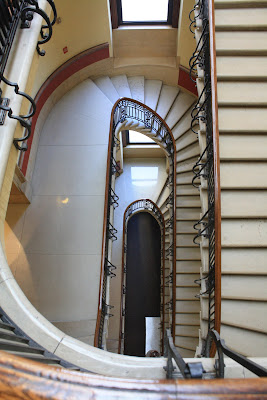 A floating staircase.  Thankfully we went down these stairs not up.  This was a fun field trip but it felt like we just flew through it so it would be great to go again and have more time to look at the minor details.  Our tour guide threw out facts so fast that it was hard to remember all of them.  One interesting one was that then the building opened in 1905 it had electricity, bathrooms and public telephones.  The telephones were taken out last year because no one used them anymore.
Posted by ~*~The Family~*~ at 11:10 PM