To make this you need three Pringles cans that you ate all the chips out of.  It's in the name of science so you can munch without feelings of gluttony. 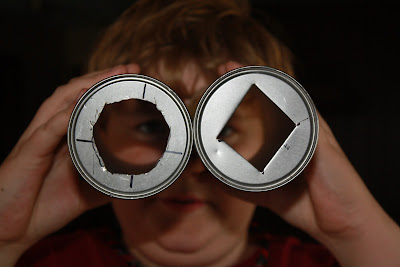 In the bottom of two of the cans cut holes (baffles).  The one that the tennis ball is going to sit in should be round and the other can be any shape.  Spark used his Dremmel to cut the holes and smooth them so there were no snags or burrs on them. 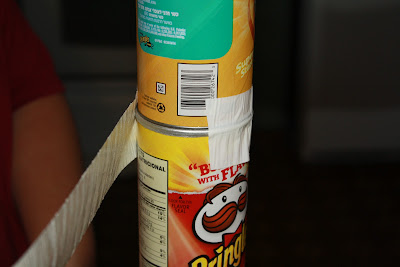 Tape the three cans together with duct tape insuring the seams are completely airtight.  Stack them together with the can with no hole on the bottom and the other two on top making sure the round holed one, where the tennis ball will rest before firing, is the very top can. 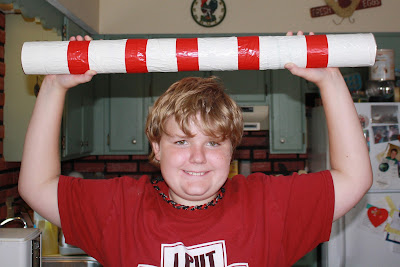 Cover the cans completely with duct tape to make it sturdier than a naked can.  Plus it looks cooler. 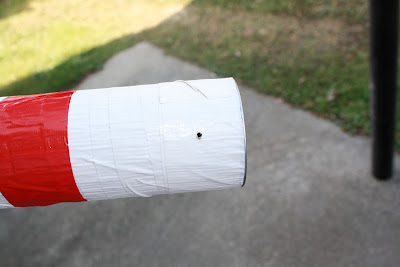 Drill a firing hole in the bottom of the can that doesn't have a baffle in it. 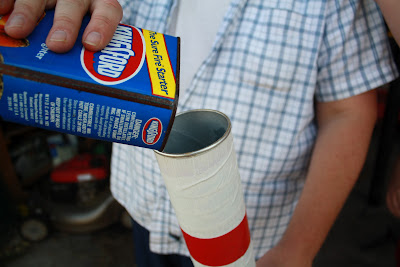 Pour in lighter fluid or charcoal starter, about one to two teaspoons.  Shake the mortar to vaporize the fluid throughout the inside of the device. 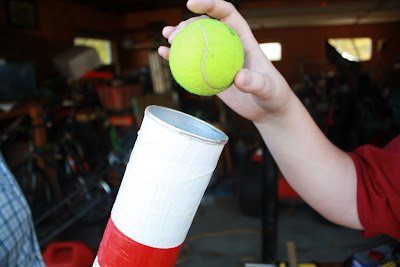 Drop in the tennis ball making sure it sits on the round hole keeping the fuel-air mixture inside the combustion area of the motar. 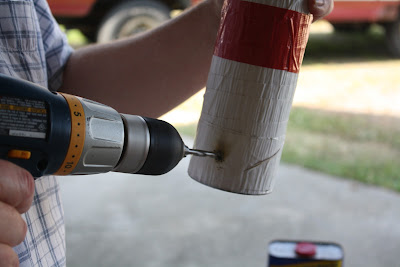 If it doesn't work make the hole on the bottom tube bigger so that there is enough oxygen in the tube and the duct tape isn't blocking the hole. 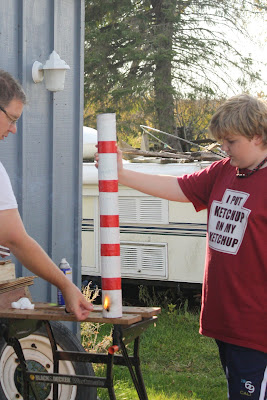 Light a match (a longer farmer's match) and hold it by the hole.  DON'T STICK THE MATCH IN THE HOLE, JUST BY THE HOLE! 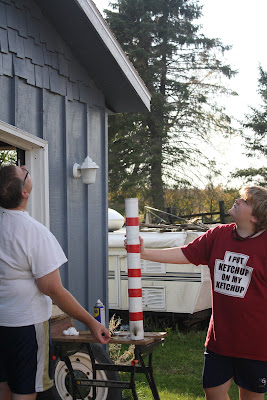 While trying to get a picture of the ball coming out I knew I had missed it when I saw both of them looking up.  When we started, Spark held the tube upright but the tube gets hot and they switched it to be in the vice of the work table.  Propping it against something, like a pile of rocks, would work just as well. 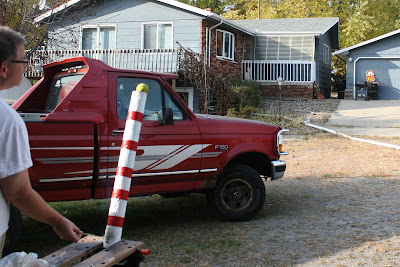 Ah, I finally was able to get a picture of  a ball shooting out. 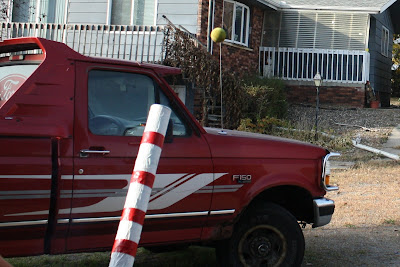 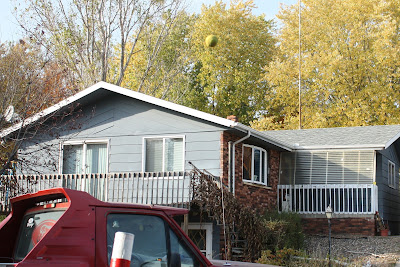 Here it is hidden in the yellow of the trees.  All the pictures here are of it close to the motar but that tennis ball really flies! 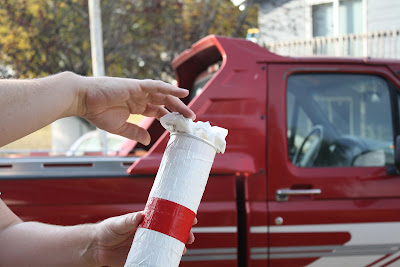 Dad and Spark started experiementing with wadding to see if that would make the ball shoot farther. This would happen because it would restrict the flow of gas in the motar and raise the pressure.  As the gas passes the area of restriction (where the wadding is blocking it) the higher gas velocity produces more force on the ball making the tennis ball will fly with more force increasing its flying distance. Another theory is that it slows down the burn rate in the motar allowing for amore complete burn and creating more energy from the fuel/air mixture. They stuffed in a wad of toilet paper.... 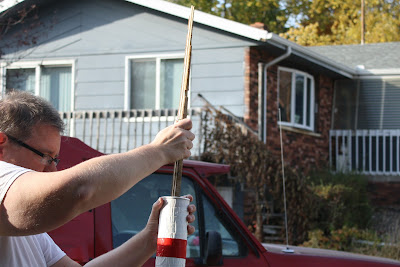 packed it down with a stick. 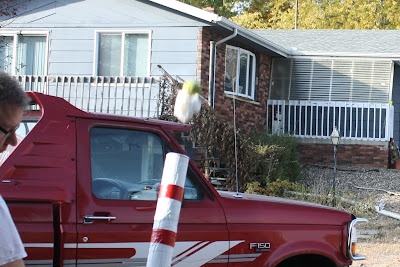 Here the tennis ball and wadding are flying out together. 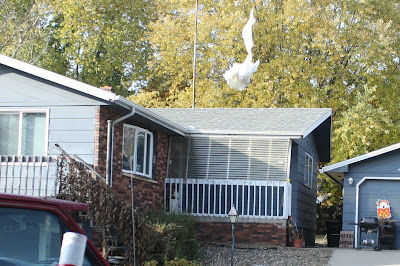 The wadding comes floating to the ground.
Firing the motar is loud and has some danger to it so everyone who isn't holding the match should stand back.
The tennis ball really comes flying out of the motar so DO NOT aim it at anyone or a building (unless of course you were planning on new windows in the near future).
If it doesn't fire again, blow the mixture of gases "products of combustion" out of the tube and start over with new lighter fluid.
We got about 40 firings out of our motar and it is still in good shape.  If the tube joints come apart or the tube starts to bulge or rip it is time to make a new one.

You are the coolest homeschoolers ever. We are jealous. And we're totally making this soon. Good thing we always bring Pringles to co-op!!