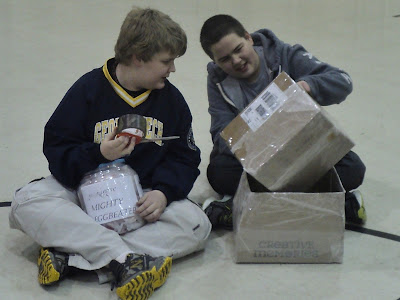 The co-op physics class had the assignment of making a container that would keep an egg safe when dropped.  Out of a class of 10 there were some similar designs but none "eggs"actly the same. 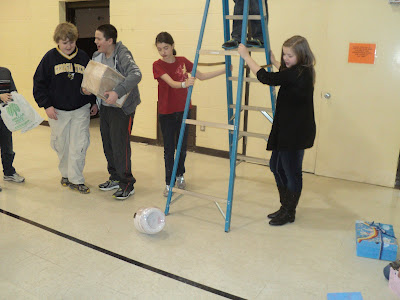 The containers were dropped from the tip top of a tall kid standing on a 12 foot ladder.  They were loud when they dropped! 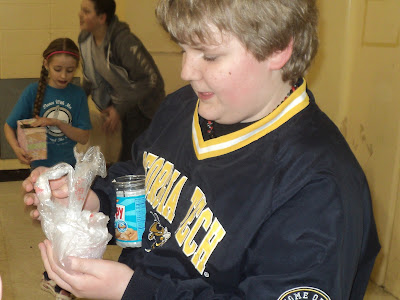 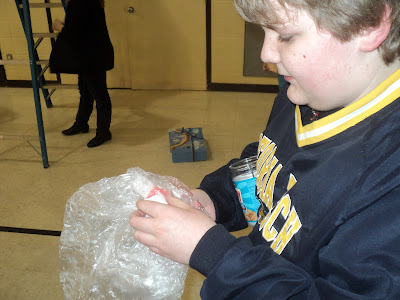 It was exciting as each student unwrapped their containers to see if their egg had lived. 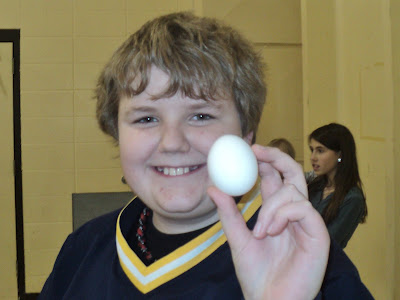 Spark's made it through the first round.
For the second round the containers were thrown at the ground as hard as the kid on the ladder could manage, which was so hard it broke some of the containers.  Spark's egg did not make it through this round.  I think his mistake was that he wrapped the egg in the plastic bag instead of nesting it in between the bags.  On the second round his egg cracked a little because it hit the hardness of the inside container.
I found the whole thing sort of weird because I kept thinking of those eggs as little brains and they were shaking or abusing them like in shaken baby syndrome.  It really bugged me when one of the eggs would break.  The kids thought it was highly exciting though, which it was, I just had that little gruesome thought.
Posted by ~*~The Family~*~ at 11:04 AM

We have such wonderful memories of doing egg drops, but sadly I haven't heard of anyone offering the opportunity at this base.