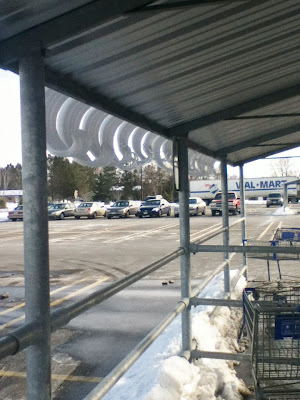 We came out of Sam's Club today to see these hanging on the side of the cart corral.  Sadly, the only picture taking implement we had with was Dancer's iPod because they were pretty cool. 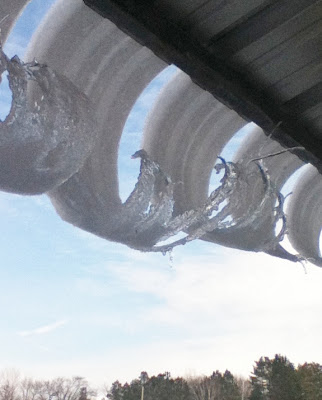 They looked like fingers with scraggly nails reaching over the sides of the roof, just the thing nightmares are made of. 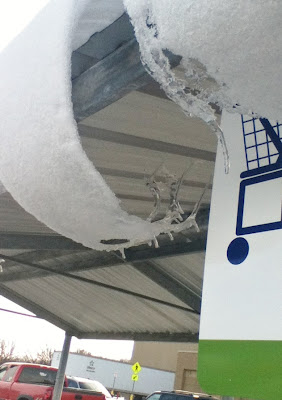 Hopefully this will be the start of a warm up for us and eventually spring.  Last week Dad bought milk on the way home from work, put it in the back of his truck, and by the time he made the 20 minute trip home it was more than a fourth of the way frozen.  We had to break the top with a knife to get any milk out.  We also put another $740 dollars worth of fuel oil into the tank.  That is our third time this winter, usually we fill twice and have some left over to start the next winter.  The last time was around the 12th of January so we have really been burning through it.  I am starting to think that grass is really a figment of my imagination.
One good thing is that it doesn't get all the way dark until around 6:30 p.m., two hours later than on our shortest days.  Now Dad can almost get to work before it is dark, by next week he should make it all the way there.  It really does a lot for our mood not to have such long evenings.
Posted by ~*~The Family~*~ at 6:19 PM

They look a little dangerous, should they fall onto someone's head.

They are kind of cool looking....