Dancer hid a geocache for a 4-H project to enter in the fair under the geospatial area.
First thing was to make the cache.  This would be a small cache, they range in size from micro which can be as small as a finger tip to large which can be a fake rock or other large container.  An important thing to consider is if the contents of the container will stay dry.  She chose this plastic jar with a screw on top. 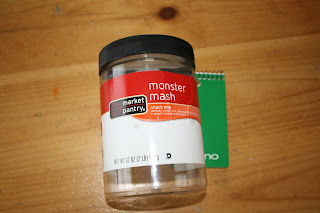 The jar is covered with duct tape.  It needs to be a little challenging for the searcher and this tape makes it blend in in trees, grass, or leaves. 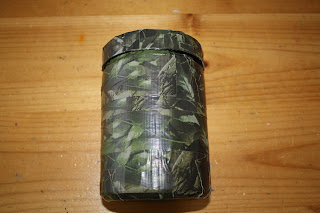 Next she chose some items to put in the cache for the people who find it.  This is called swag.  When you find a cache you pick out what you want and then put in something new for the next people to chose from.  The kids think this is the most fun part.  She put a Happy Meal toy, some plastic farm animals, a cookie cutter, a bracelet, marbles, erasers, a sheriffs badge, a winner medal, a plastic duck, stickers, a dice, a rubber frog and a few coins. 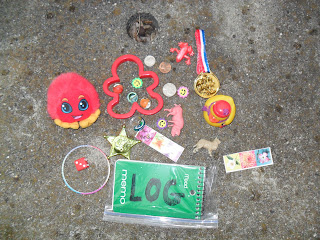 Next was to pick a place to hide it.  She chose, with the help of Dad, to put it at a boat landing.  We walked through the woods at the landing and she chose the middle of a bush.  It is quite easy to see now but when the leaves come out it will be much harder.  After placing the cache you hold your GPS as close to it as possible and take a reading for the coordinates. 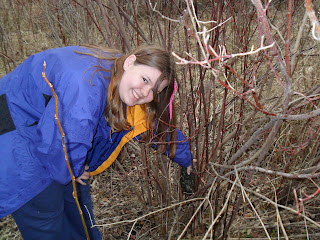 Caches have to submitted and reviewer looks it over and approves it.  She first called this one 4-H Rocks because it was for a 4-H project.  However, that is the name of a group and we didn't know this, but that is not allowed so she needed to change the name. 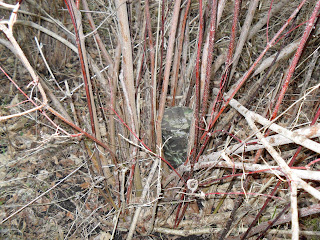 Her cache was approved tonight at 8:03 and by 8:39 someone had posted that they had found it.  It is a big deal to be the first to find a cache but we never expected someone to run out at dark and find it!  She will keep track of the traffic to it now until the fair and then write up her project or make a poster about it.
Posted by ~*~The Family~*~ at 10:54 PM