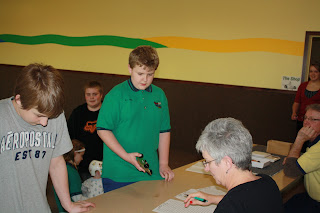 Dinner was served first, but Spark was so excited that he ran right downstairs to have his car weighed, measured and entered. 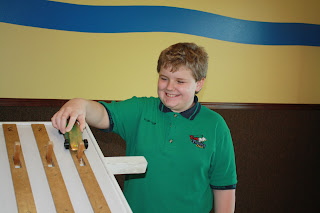 After he put WD40 on the wheels he gave it a couple test runs. 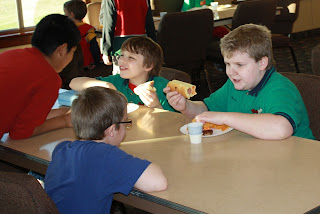 Finally, he was able to settle down enough think about eating and got in line for a hotdog and other goodies. 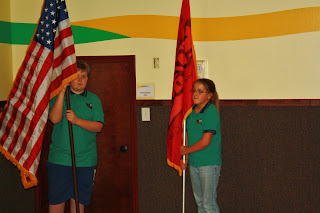 As an added bonus he was chosen to present the colors at the beginning of the night.  The girl in the picture is in my class, great kid. 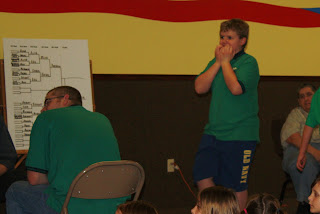 The tension turned it into a nail bitter. 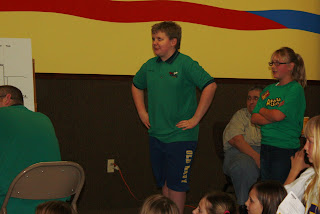 Racing against another of the girls in my class.  Who to cheer for?  All of them! 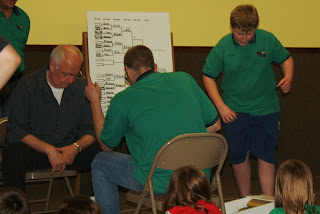 Victory!  His came in first in every race.  The man with his back to the camera is Spark's teacher, one of the most patient men in the world and a great role model for those boys. 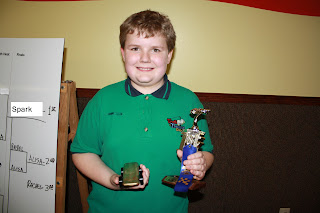 1st Place!  He was more than pumped.  After he was asked to race against the Trek and SWAT kids and he beat all them as well.  Don't know what made his car so fast but hopefully he can repeat it next  year.  Actually, for next year he has his eye on the design prize.
Posted by ~*~The Family~*~ at 2:41 PM