Usually the dads don't join us at co-op because they work days so we held an art show so they could see all the art work the kids did all year and to have on more time to get together before the summer. 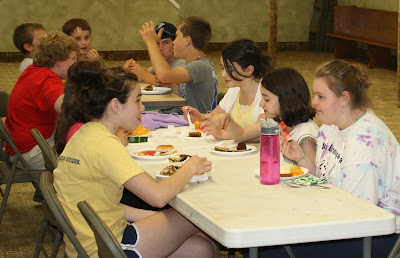 We started out with a dinner.  I just noticed that the boys are at one table and the girls at another.  The moms and dads did the same thing.  That is sort of funny that we do that without even talking about it. 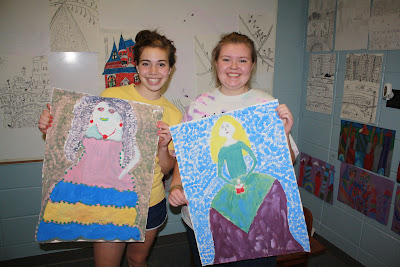 Dancer and her friend showing off their art work. They were the only two teens this spring but they still had a good time together.  They did art and phy. ed. with the younger kids and then went off to work on 4-H projects or play cards. 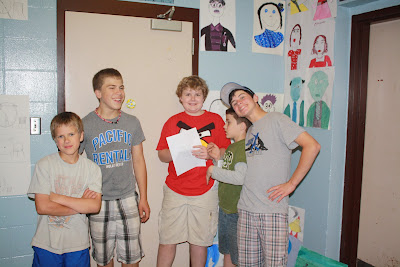 The guys were huddled all night and I found out it was something about making a Star Wars movie.  One kid even came with contracts for them to sign if they want to be in the film.  One of the points of the contract was that they wouldn't get paid.  No million dollar movie deals here yet. 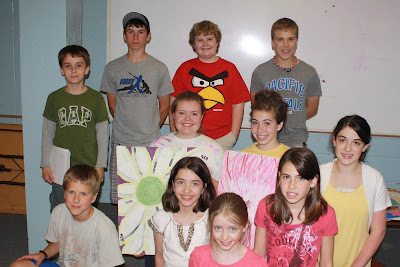 The nice picture of the kids.﻿ 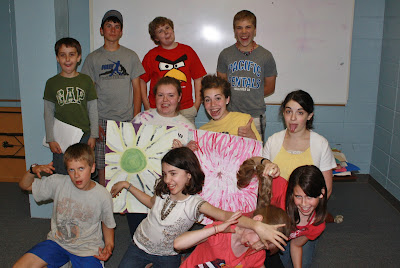 A more accurate picture of the group. 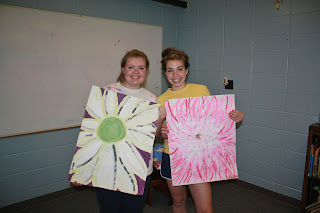 Love it!! I always wonder too how it is that we naturally segregate by gender when we're in a group. Maybe its because boys are just so hard to understand. :)