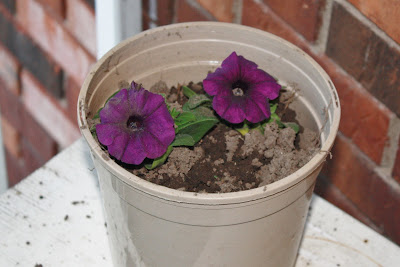 Therefore, I was greeted by a great many pots of plants when I went out the front door for church in the morning.  The first pot was these petunias in purple, my favorite color. 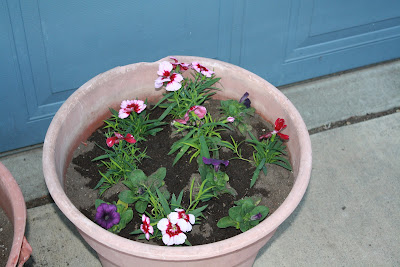 Several planters with various flowers, can hardly wait until they are big and fill the whole pot. 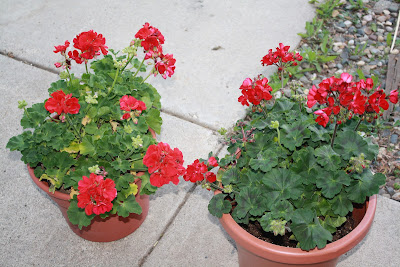 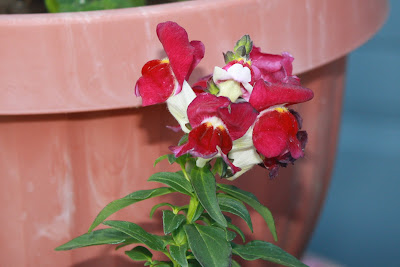 Snapdragons, love a flower you can play with.  When I was a kid one of my friend's mom grew huge snapdragons and we spent many an afternoon pretending that they were eating our fingers. 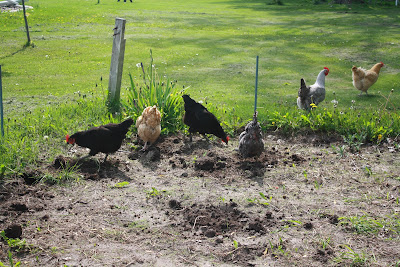 Got a start in the garden with a few helpers.  I planted garlic, and then replanted it about three more times in the space of about an hour.  Their garlic digging got them put in to their summer coop and made this their last day of free ranging until after the garden is done in the fall.  The yard is strangely quite this morning with them locked up.  I went out to the coop to see how they were doing and they met me at the door to give me an ear full of how unhappy they are.  To also show their unhappiness they haven't laid an egg yet.  Things better turn around quickly or we will be having the ol' crock pot pep talk. 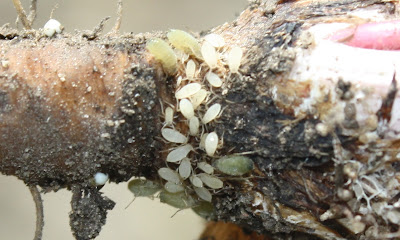 A few of the dandelions we pulled had these aphids on them.  We did a bit of research and they are a remarkable insect.  Still unwanted, but remarkable. 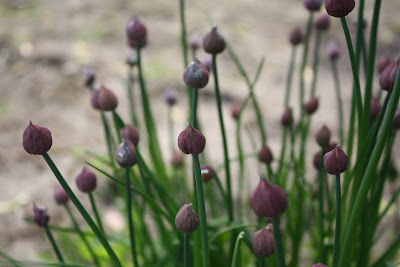 A bit of garden success already, the chives have flowered.  Ideally it doesn't get a chance to flower, but it seems like even though the spring has just started things are already getting away from us.  I think it was all the rain because we can almost see the grass grow. 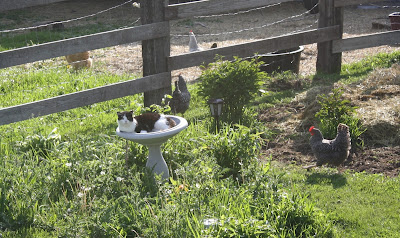 While some of us were working hard, others, and I won't mention any names Kacheekers, were loafing around.  I would have said hardly working but he wasn't even doing that.  Vidalia, on the other hand, rid the yard of at least one undesirable creature in the afternoon, which she then preceeded to eat whole.  Gag. 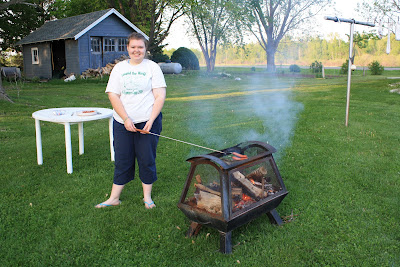 We ended the day by roasting a few hot dogs over the fire, they always taste so much better that way.  We also called some friends after the last minute and they were able to join us for a hot dog and a some lively conversation.
Posted by ~*~The Family~*~ at 12:05 PM

Happy Mom's Day to you! Looks as though your day was filled with color and fun. Well...except for those naughty chickens. You would have thought Kacheekers could have done his part to keep them out of the garden so you could work...but apparently his sunbathing was for more important. :)

Happy Mother's Day! Those flowers are all so beautiful, and your garden is just splendid. :D