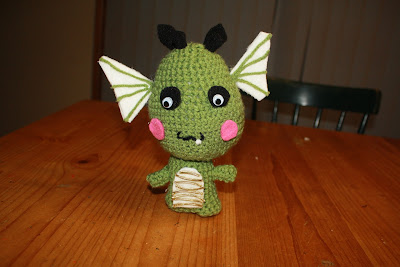 Dancer made this adorable, little dragon this afternoon and named him Clyde.  She found the pattern here.  She made a few changes to him, for one she made him bigger (4mm hook) then put a few of her own personal touches on him. 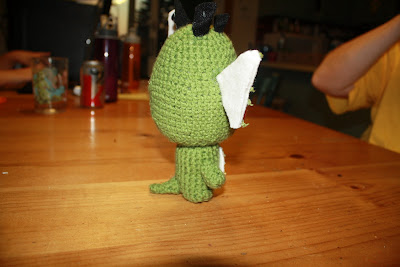 He even has a little stubby tail so that he stands up.  Could he be any cuter?!!! 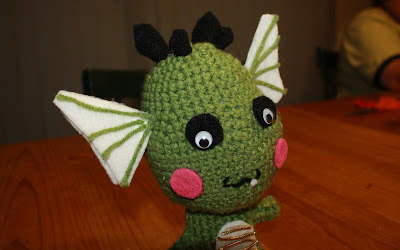 A close up to show his four horns.  Instead of felt, she used polar fleece doubled for his ears and glued two toothpicks in each one to make them stiff.  The white spot on his lip is his snaggle tooth.  I wouldn't be surprised if we soon have a whole family of Clydes.
Posted by ~*~The Family~*~ at 12:32 AM

Cutest. Thing. Ever. A whole family of Clydes? You'd better watch out. You might find a couple missing after a visit from some farmish folks. ;)