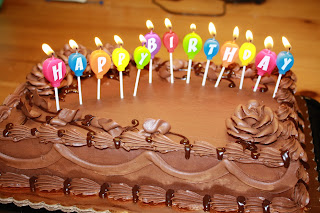 A marble cake with chocolate frosting and chocolate glaze.  We made it a la mode with Cookies and Cream ice cream. 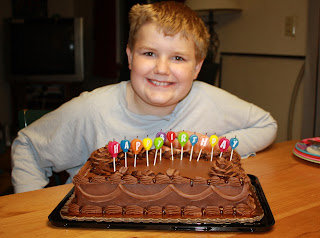 We had  cake at midnight, actually about 11:50 because he just couldn't wait anymore.  I said, "Let's have the cake then, there isn't any birthday laws about when to eat the cake and it isn't getting any fresher sitting on the counter."  I loved these candles, we got them at Dairy Queen.  Spark thought of his sister when he picked his cake and didn't get one with any color on it. 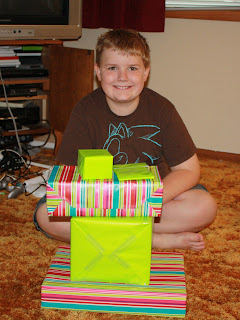 Made him wait the morning to open his presents.  He was hopeful but we drew the line at eating the cake early. 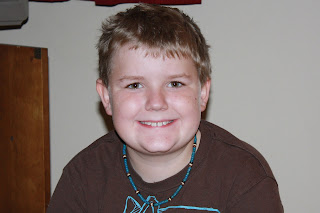 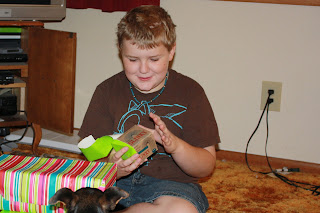 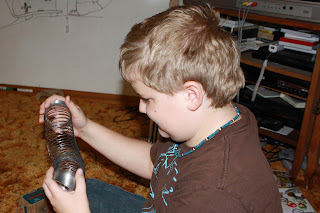 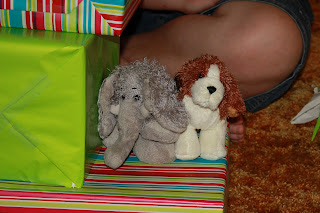 Jeffery and Patterson.  These two go everywhere with Spark. 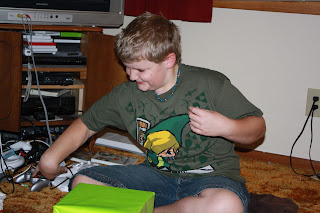 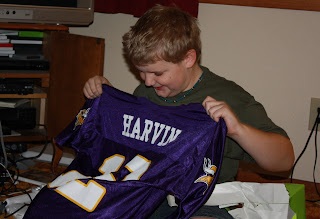 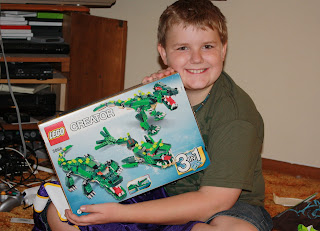 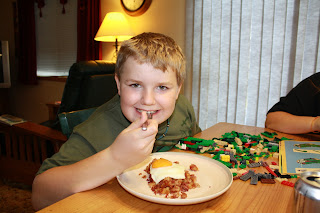 Corn beef hash was his breakfast request.  We hate canned hash, it is disgusting, so the day before Dad bake the corned beef and had it all cut up and ready to go in the morning. 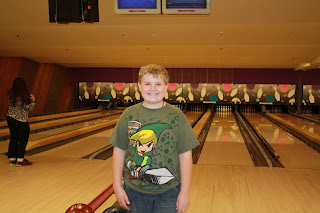 We went bowling.  We bowl every Monday afternoon so this wasn't a birthday treat but they did play the birthday song and everyone sang to him.  One of the moms said that she was going to tell the guy at the bowling alley so that they could embarrass him with the singing.  You won't I told her, he doesn't get embarrassed.  I was right, he loved everyone singing to him and was ultra excited about it. 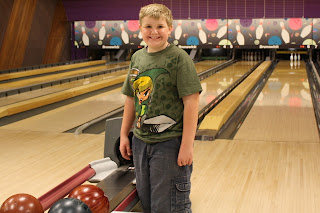 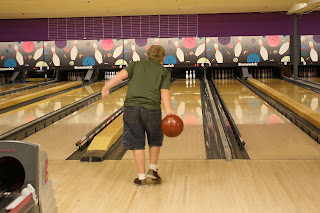 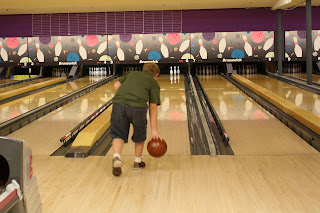 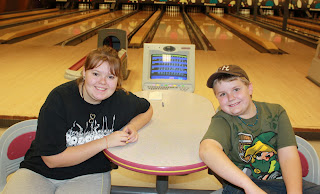 The actual birthday celebration was at Space Aliens.  We only go here on birthdays as it is insanely expensive. 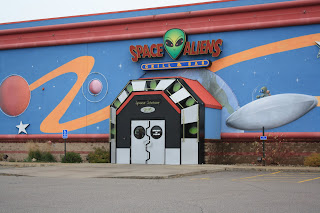 Since it was a birthday we were pretty liberal, for us anyway, with the money they got to spend at the arcade.  They were so surprised by that so it was worth it just to see their faces.  I think they wouldn't have been more shocked if we had thrown a surprise party. 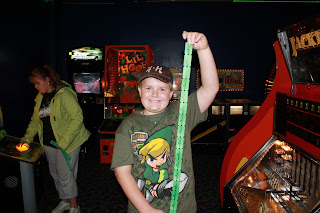 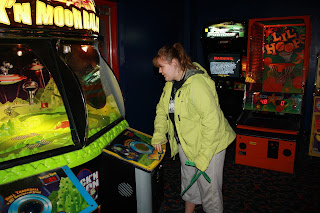 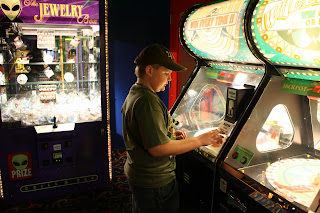 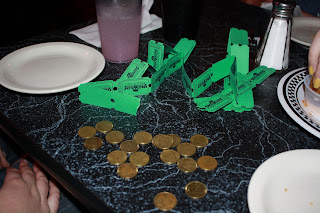 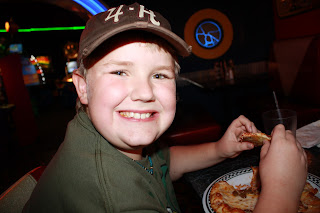 After dinner they cashed in their tickets and then proceeded to pick out what prizes they wanted to get.  There is way to many choices, there must be a couple hundred different items in the little store and they go back and forth on what to pick. 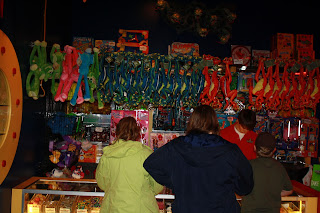 Spark got a whole arm load of prizes, even after giving a bunch to Dancer to get a stuffed frog.  They both must have been satisfied as they were all smiles.  I think it is much more exciting to win the prizes instead of just being given them. 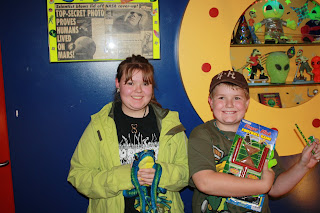 Normally we would have gone to a movie of the birthday persons choice but there wasn't a movie that Spark wanted to see.  A few days ago we went to Target to get "Toy Story 3" only to find out that it isn't coming out until November 2nd.  Instead he chose a game we would play on his birthday night and he chose "Life."  I think it was more fun than watching a movie.  Maybe we will have to change the movie tradition and switch to a game tradition. We wrapped up the birthday with a couple of rounds of Mario Kart and everyone went to bed with smiles on their faces.
Posted by ~*~The Family~*~ at 10:59 PM

That cake looks delicious! Happy birthday Spark! Looks like you had a fantastic day!

Happy Birthday! Looks like it was a wonderful way to celebrate.