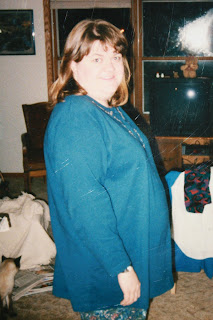 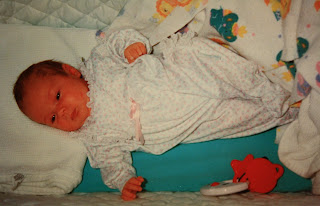 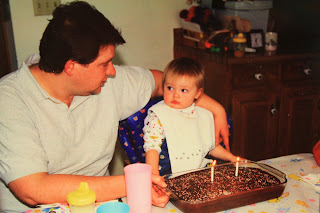 Second birthday - Dad must have been telling her something she wasn't believing.  This was a Tweety themed party and even her outfit matched, Tweety bib overalls with a Tweety turtleneck. 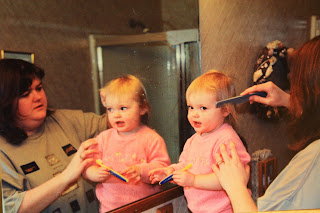 First haircut on her second birthday.  Spark looked at this and said "we are still using that gray comb!"  Well, how often do you need to buy a plastic comb?  Dad probably had it in high school or college. 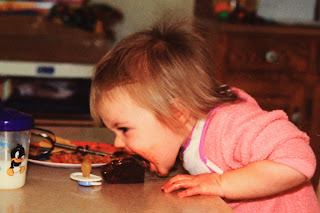 Yummy cake!  This was the party we had with the daycare kids. 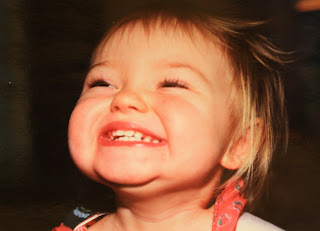 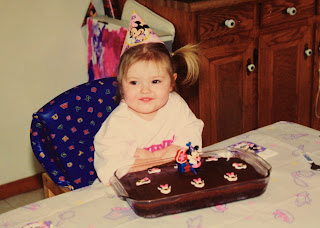 Third birthday with a Minnie Mouse theme.  This year she had a matching Minnie Mouse t-shirt.  I must have been so much more organized back then! 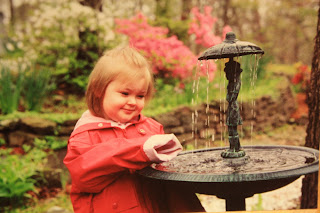 April 2000 at Grandma's house in Arkansas - 3 years old.  I was pregnant with Spark on this trip and so sick. 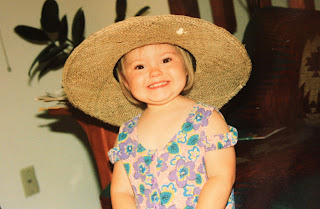 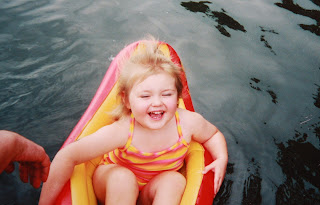 Right by the dock at Grandpa Bob and Grandma Shirley's house.  She is in a little inflatable canoe. 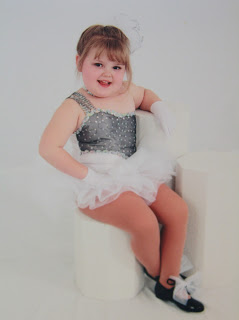 April 26th, 2002 - 5 years old.   I had forgotten it was picture day and she had spent the afternoon in the sandbox.  Thankfully we lived across the road from the studio and I could run home and quick get her costume.  Her hair was in a french braid but you can see it was falling out by this time in the day but I combed it as best I could in the few minutes we had before it was her turn to have her picture snapped.  The picture still turned out cute. 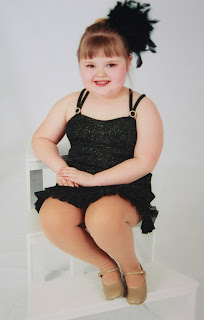 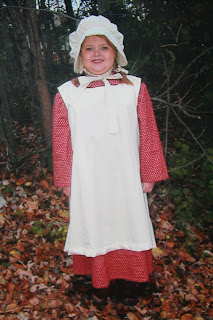 Halloween when she was 7 years old.  As a true homeschooler she wanted to be Betsy Ross.  I made this costume for her and the next  year it turned into Laura Ingalls. 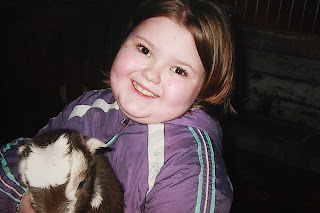 Here was nine years old, the spring of 2006.  This was one of our first baby goats, either Cappy or Panda.  They were Toggenburg/La Manchas. 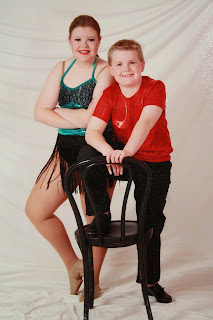 Spring of 2008 - 12 years old.  Spark danced that year as well.  Since he had to sit and wait during her two hour lessons it gave him something to do for one hour.  He danced for two years and this was the last year.  I did like having their picture taken together, I think they look cute together in their costumes.﻿
Posted by ~*~The Family~*~ at 1:32 AM