This is the play that the 4-H Jr. Leaders put on all week.  This was Dancer's favorite thing at the fair this year.  The play was called Who Done It?? and it was about bad guys who try to ruin the fun at the fair for 4-Hers by stealing their projects and finally the sun.  It was a spoof on Despicable Me.  In the end the bad guys realize that they can't ruin the fun and 4-H isn't an elite group, everyone is welcome to belong.  We saw it six times and it got better every time! 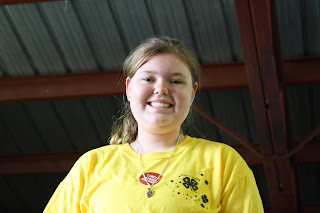 On stage before the start of the play. 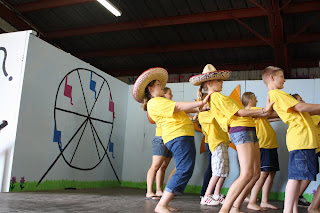 Dancing to "Help" by the Beetles. 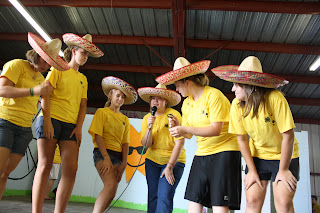 The Cool Hat Detectives are trying to break the case. 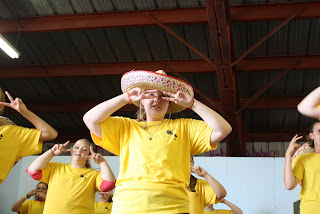 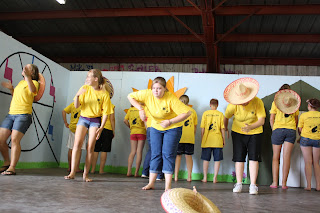 Doing "The Robot" in the Blue song dance. 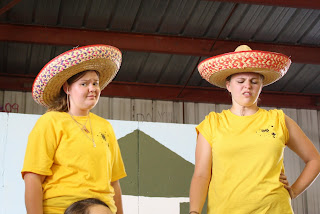 Dancer is not buying the idea her fellow detective has proposed. 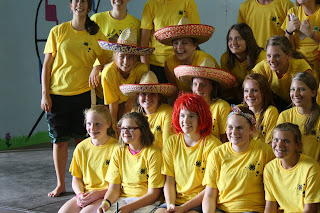 Part of the cast. 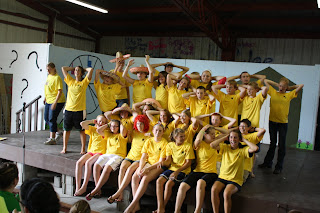 "I'm Airing"  -  They hold their arms up and air out their pits.  In their defense it was over 90 degrees with high humidity every day, we were really hot just watching the show.  4-Her's can be crazy!
Posted by ~*~The Family~*~ at 7:36 PM