The kids did great on their projects this year.  Dancer had all blue ribbons and Spark had all blue except for one red.  A lot of what ribbon they get is based on the judging interview with the judges, not just the physical project.  We go over all the projects before hand and talk about what questions they might be asked and make sure that the kids know more about the project than just what can be seen by looking at the project.  They are asked process they went through to choose the project, how they made it, why they chose the lay out etc., costs and more in depth information that just what is shown on the project.  This last year we spent a lot of time with Dancer learning how to read information, highlight the most important facts and then summarize the information.  She wasn't thrilled to learn that study skill this past school year at first but she did comment that being able to that sure made it much easier to do her 4-H projects. 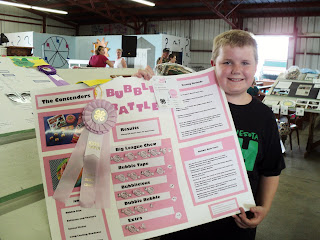 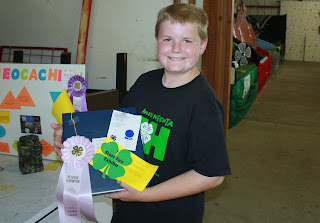 Geospacial - Reserve Champion.  He made a book about the first 20 some geocaches we found. 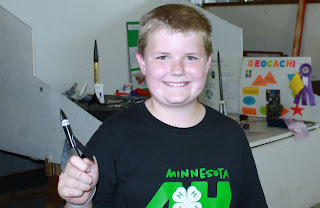 Aerospace - Blue ribbon.  Spark made a little tiny rocket this year because they fly higher when they launch them.  On the day of the rocket launch his did go the highest. 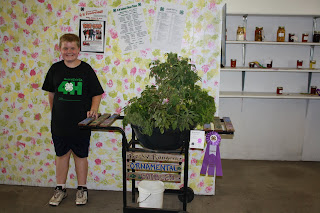 The club planter - Premium ribbon.  Every year the county gives a theme for the planter, this year was Ornamental Edibles.  Dad was the leader for this project so it has been at our house all summer where we moved it in and out of the garage every time one of the many storms that rattle through our area so I was glad that all our efforts paid off.  The planter is an old grill of ours filled with tomatoes, peppers and lots of herbs.  It peaked about two weeks before the fair and now all the plants are getting pretty big but the kids were able to effectively explain that and talk in depth about all the plants. 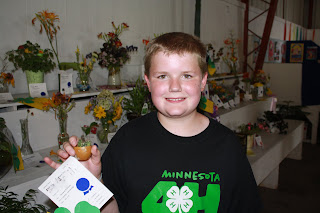 Spark won a state fair trip on his tiny cactus' he planted from seed over four years ago.  They are only about a half an inch tall but since they are so slow growing he decided to bring them this year since he could be a senior in high school before they have any height to them.  He won several state fair trip but sadly isn't old enough to take any for another two years.  It is still an honor to win them.  We tell him at least he has the bragging rights. 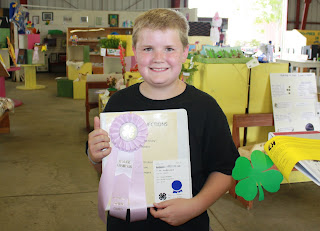 Reserve Champion on Global Connections.  He did a report on the Lockwood family minestry in Mexico.  We sent a Christmas box for their minestry last fall and he wrote them a letter for an Awana requirement, both of these he told about in the report. 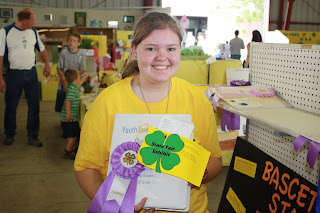 Youth Leadership - Champion.  A report about the Cloverbud day camp she did with the little kids in our club. This is the project that Dancer chose to take to the state fair.  She won eight state fair trips and had a hard time deciding which one to take.  The deadline to chose was Saturday at noon and she hemmed and hawed over it almost until the last minute. 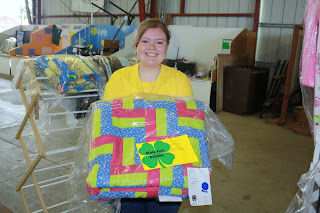 Quilting - blue ribbon!  I think she may have been the proudest of this project since so much blood, sweat and tears went into it. 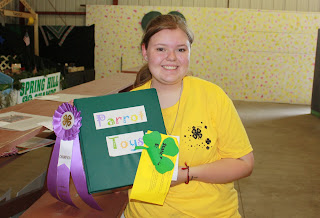 Pet Education - Champion.  Dancer made toys for Bert and did a report about how to do it, how to pick safe materials and had sample toys with the project.  She didn't know how well this would go because her judging interview was so short but she must have made a good impression in a short amount of time. 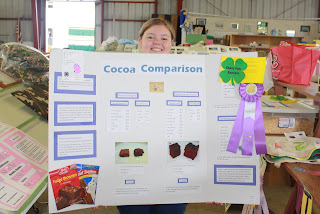 Consumer Education - Champion.  Dancer made cake and brownies out of cocoa and a store bought mix.  She brought each to a meeting and had a taste test and then graphed the results and compared price etc.

These are just some the highlights of the kids projects, other events and being with friends seemed to take priority over mom with the camera.
Posted by ~*~The Family~*~ at 11:08 AM