When we run out of something it is not cost effective to just run into town to pick some up.  Yesterday, while making chicken salad, we ran out of mayo which prompted us to try our hand at homemade. 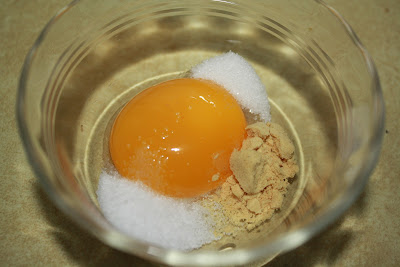 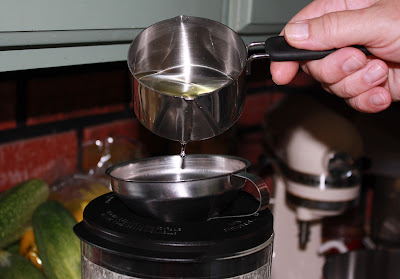 Add 3/4 cup of oil in a slow drizzle.  Using a blender is great because it has a removable piece on top to add ingredients.  No blender?  You can do the same thing using a whisk.  You can hear the whine of the blender change as the emulsion of egg and oil begins to form. 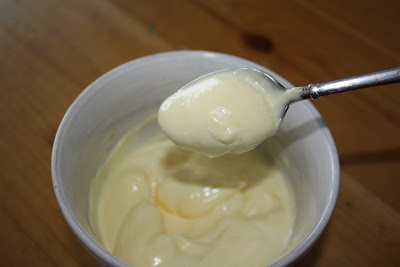 We thought it was pretty salty, so next time we will use 1/4 tsp of salt.  The mayonnaise tasted great.  One odd thing though, usually home made stuff tastes way better than store bought, but the homemade mayo tasted almost exactly the same!!!  Weird, but good.  The point was to not drive into town so it worked great.  From this recipe you can go on to create many other sauces like tartar sauce.  The basic technique for mayo can be used with other ingredients, like melted butter to make fancier things like hollandaise sauce and the even more refined Béarnaise sauce.

You might be wondering what the difference is between salad dressing (like Miracle Whip) or salad cream and mayonnaise.  Salad dressing uses less egg yolk and oil instead substituting corn starch, corn syrup, vinegar and water. It became popular in the 1930's because it was less expensive as it is made with cheaper ingredients.
Posted by ~*~The Family~*~ at 3:15 PM