We headed down the fair bright, well not that bright we left before the sun was even up, and early Monday morning.  Dancer entered her needle arts project and her orientation judging time was 8:30.  That is early when you live over two hours away.  After the 10 minute orientation she gets her judging time of 9:45.  Wish they would tell you your time before you get there because if we had know that we could have left at a more civilized hour and drove into the sun or rush hour. We spent a good part of the day doing tons of walking and checking out all the sights until our feet told us it was time to go. 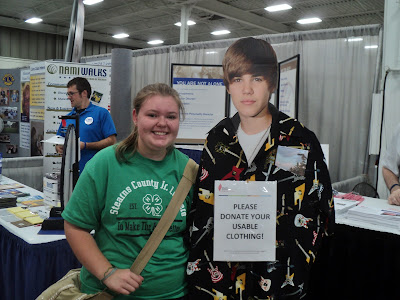 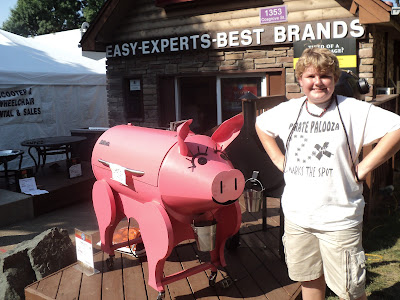 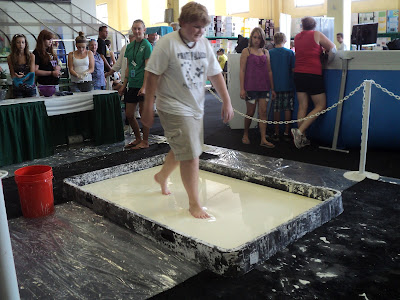 In the 4-H building they had a huge tray of water and corn starch.  If it was walked over quickly you came out easily on the other side.﻿
﻿ 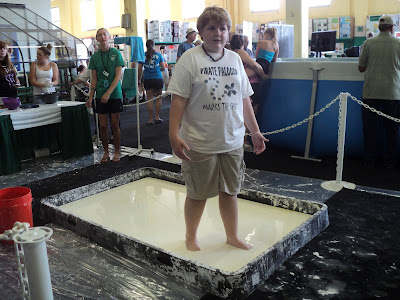 Stand still and sink like you are in quick sand.  We have made this at home before but the amount they had in the tray, and in big bowls on the side, had to have taken a couple hundred pounds of corn starch.  I don't know where you would even get that much.
﻿ 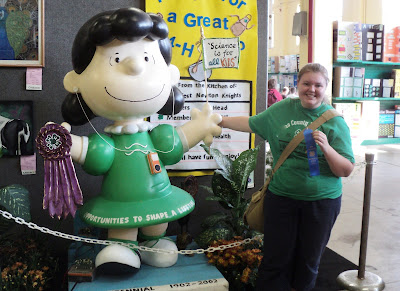 Beth earned a blue ribbon for her needle arts project. 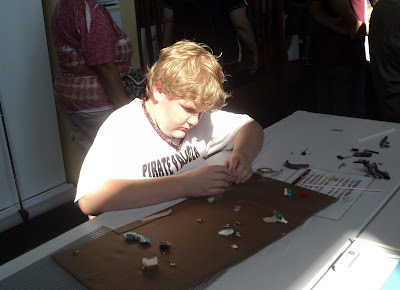 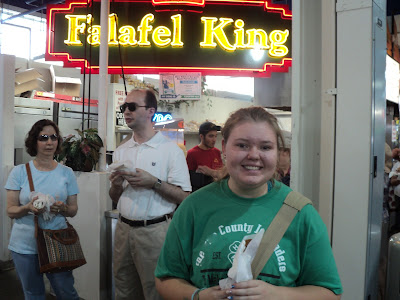 Dancer finally got to try a falafel.  She has been trying for over a year to have one of these and I think this may have been her first and last falafel.  They were "okay" but not great. 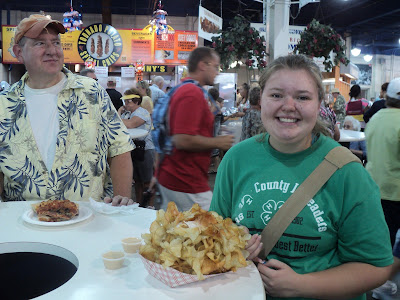 The potato twisty thing we get every year. 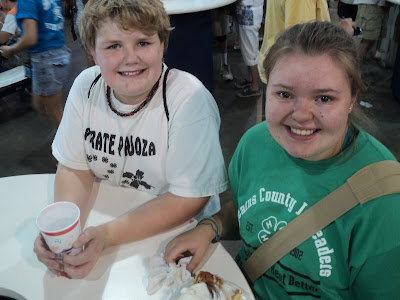 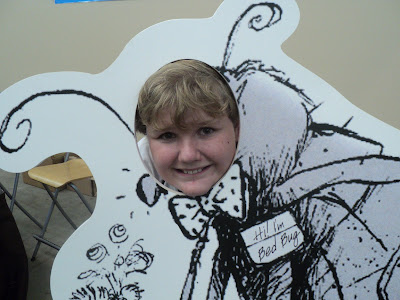 The cutest bed bug ever.  If they were all this cute no one would mind if they invaded their house. 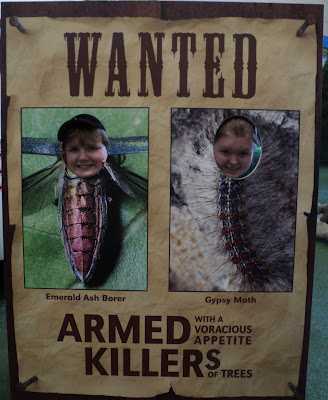 Two more bad bugs.  An odd thing for a cut out but I guess it did get people to pay attention to the message.
Another fun year at the fair!
Posted by ~*~The Family~*~ at 11:10 PM

Yay to Dancer! And you're right, that bedbug sure is cute!