When I was a kid one of my favorite breakfasts was corned beef hash. I bought a can to let my kids try it and they didn't care for it at all. A few days later while making lunch I noticed a can of corned beef in the cupboard. I knew there were left over hash browns in the fridge so I made some corned beef hash for myself and the kids loved it. They have been asking for some, but "homemade". I took the time to make some on Saturday, here's the recipe: 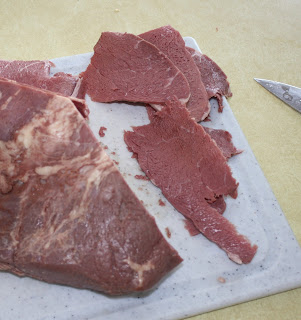 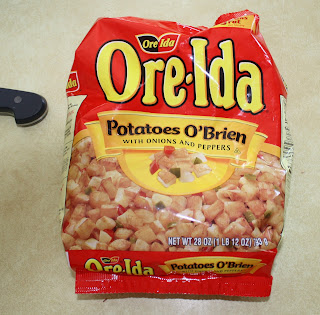 I bought these hash browns because I have never liked making them from scratch. I really like hash browns but making them is so irritating to me that I can barely enjoy them. The frozen ones cook more predictably as well. I bought these larger southern, or country, style hash browns because they have onions and peppers already in the mix, the shredded hash browns work great too. Cook the potato portion of your hash first so they are browned to you liking, then add the meat. If you add the meat right away it will get crunchy or burn while you try to brown the potatoes. 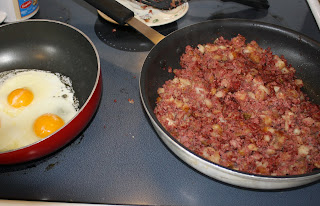 Make some eggs, sunny side up or over easy, when the hash is almost done. That way they are both hot at the same time. I like the eggs to have runny yokes when I mix it all together on my plate. If you don't like runny yokes or your foods mixed together have a bowl of cinnamon toast crunch and look away. 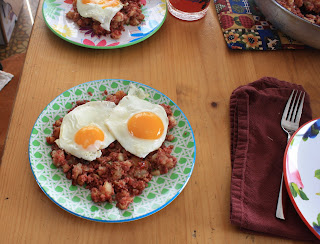