Since we were in the Twin Cities, and were done at Fort Snelling by 2:00 p.m., we wanted to make the most out of the trip and added a quick jaunt over to Como Zoo since it had been a few years since we had been there.  This is a free zoo that has quite a good variety of animals.   The other  nice thing about this zoo is that it is open 365 days year so you can go there any time you have a little extra time.  In the off season, when it isn't packed with families, there are no extras like food booths or the amusement rides. 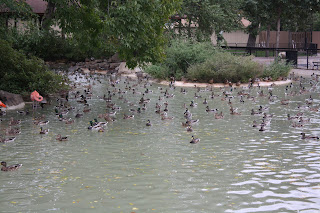 Although this looks like a duck exhibit, it is really the flamingo area.  There had a to be a few hundred ducks swimming in their pond.  But who can blame them, while migrating south you can find free food and no hunting.  Almost like a resort for ducks. 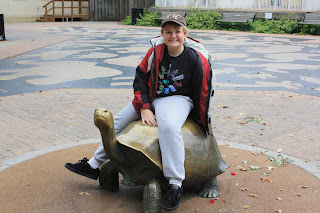 Spark sat on the big turtle.  It seemed a lot bigger when the kids were little and we had to help them get on him. 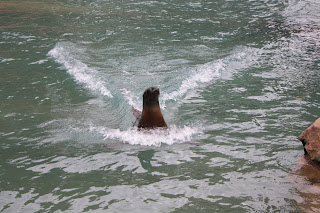 There wasn't more than probably 30 - 40 people in the whole zoo so the shows that go on in the summer when the place is busy were all closed.  This little sea lion though must not have gotten the memo because he was ready to do a show.  He did this move where he made a big wake behind him like a motor boat. 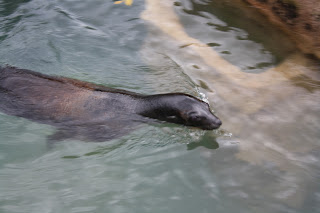 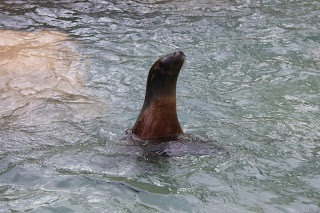 After he had done a trick he could stop in front of us as if to wait for a snack.  Not being the kind of people who carry raw, dead fish in their pockets, all we could do is clap for him.  He seemed to enjoy that too and then he would be off to do another trick.

Then it was off to the primate exhibit and the Dad's obligatory comment "Oh look, the Monkey House.  Isn't that where we bought Spark?" and since he has gotten older, the reply "No, and you can't sell me back either." 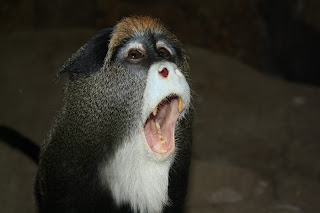 The monkey house was very quiet and all the monkeys seemed like they were wondering where everyone was.  This little guy was so bored he was yawning.  A very big yawn. 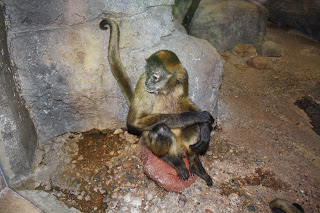 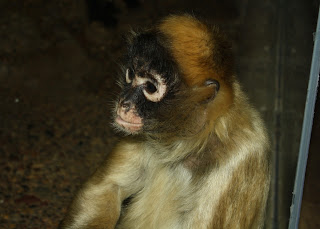 When we would walk by they would all run to the front of their houses and sit by the glass.  Like I said, it was a slow day in the monkey house.  Maybe they think of the zoo goers as entertainment and on this day there wasn't much on. 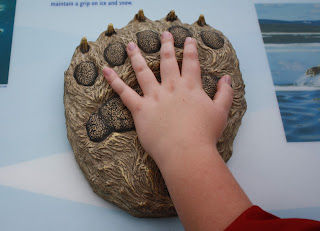 At the polar bear exhibit Spark compared the size of his hand with that of a polar bear paw. 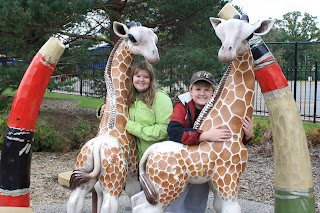 The kids by the giraffes.  I think everyone I know takes their kids picture by these giraffes. 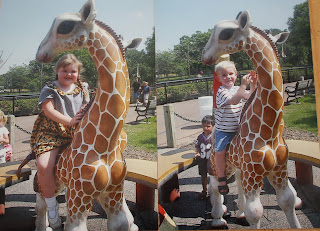 They have grown a bit since the last time we were there.  I think they were probably about seven and three years old here.  We have these pictures hanging on our fridge. 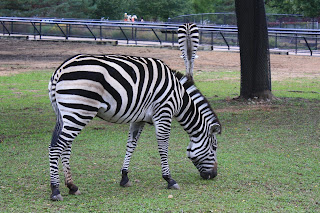 This is what the zebras do when everyone is watching, slowly and methodically munch on grass. 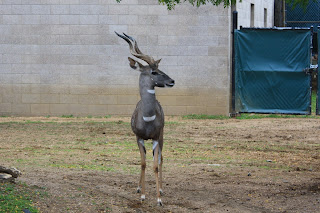 But the Lesser Kudo, who shares a house with them, knows better. 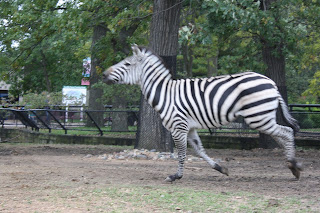 The second time we came around to the zebras they were showing their true stripes. 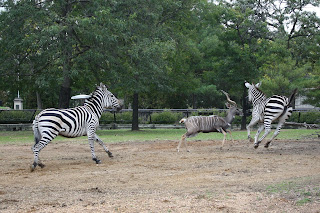 They were running around and around chasing the Lesser Kudo and bucking their back feet at them. 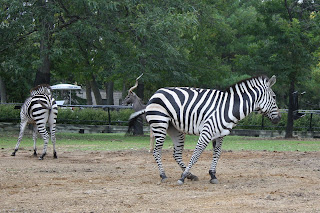 It seemed like they were enjoying the game of annoying the Lesser Kudo. 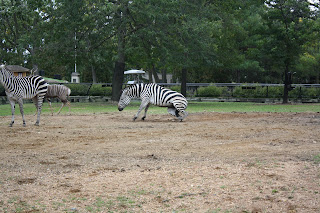 Then to really show off, they would stop and get down 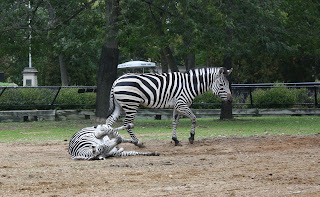 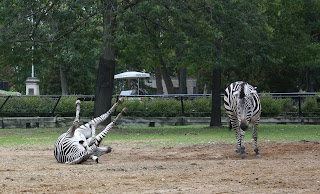 and scratch their backs in the dirt.  They did this several times. 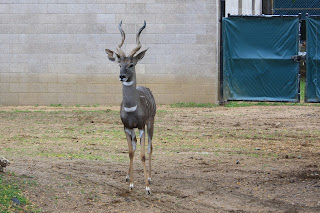 The Lesser Kudo, trying to save some dignity, seems to be saying, "If I was the Greater Kudo those zebras would be in the lion pen!"
Posted by ~*~The Family~*~ at 2:57 PM