We were fortunate to be able to go to Fort Snelling on homeschool day.  Fort Snelling is a Minnesota historical sight from the civil war and before.  Dad had been there as a kid but I had never been before and of course, neither had the kids.  There were a lot of reenactments set up.  A few of the things we learned was about how the Indians were involved in the war, doing laundry and other domestic jobs at the fort, what the soldiers and civilians wore, how flimsy a tent soldiers slept in when they were on the battle field, manners of the 1800's for women and gentlemen callers, shooting cannons and muskets, how a trading  post worked and lots, lots more. 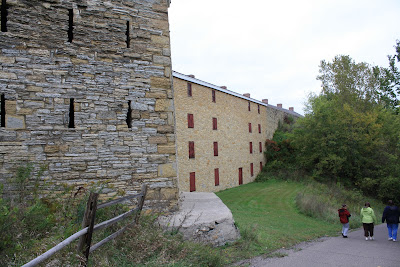 The fort was built in 1820 and is located on bluffs that overlook the point where the Minnesota and Mississippi rivers meet.  It has tall limestone walls and a tower from which cannons could fire towards the rivers. 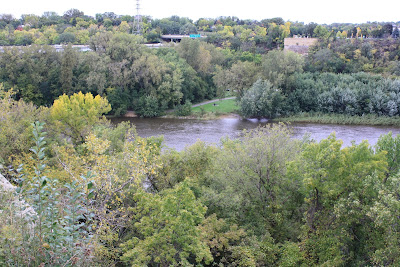 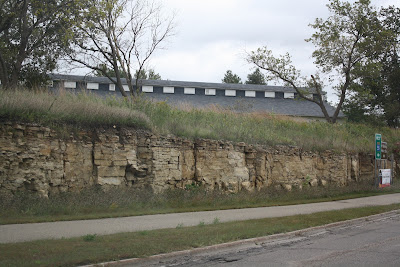 On the way into the fort the sides of all the roads are all limestone.  It reminded us of Grandma's house in Arkansas. 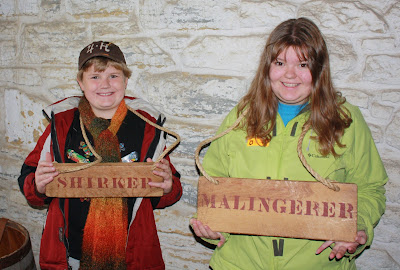 In the jail we had a shirker and a malingerer 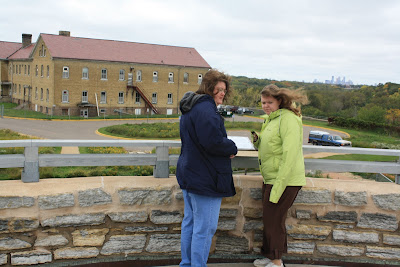 It was so, so windy.  This is on top of the oldest building in Minnesota. 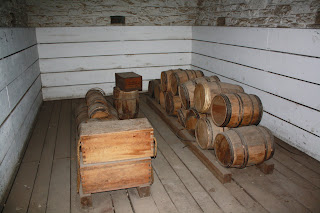 This is the inside of the Magazine, where up to 20,000 pounds of gunpowder was stored.  The building was pretty big but after an inner and outer stone wall (each four feet thick) and two separate roofs, one on top of the other (for cooling), all that's left is this little room.  It was built this way so that if the gunpowder exploded it wouldn't blow up the whole fort . 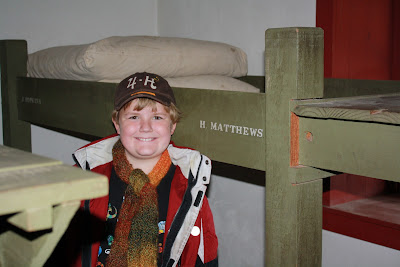 The sleeping areas.  There were two soldiers to a bed.  They must have slept on different shifts.  The beds were insanely short, did they curl up or were people just that much shorter then? 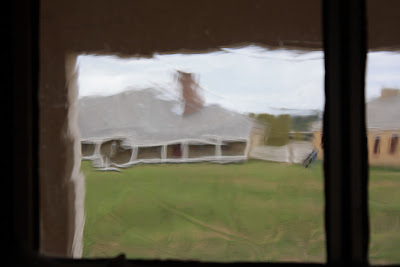 The old glass in the windows had fallen making everything look wavy. 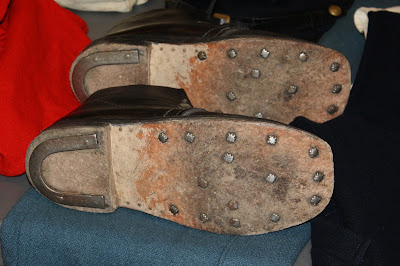 Soldiers would put metal rivets and heel shoes on their boots to make the soles last longer.  Ouch, you could feel them on the inside of the boot. 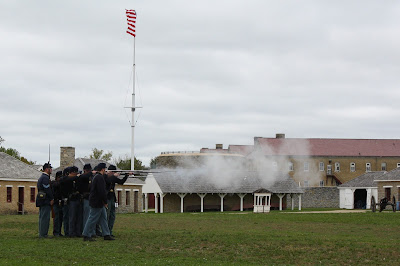 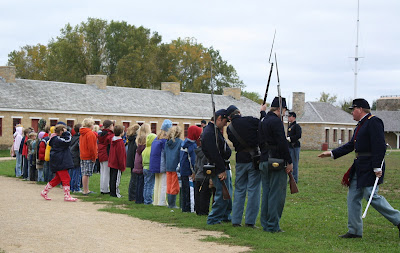 Teaching the kids how to march in formation. 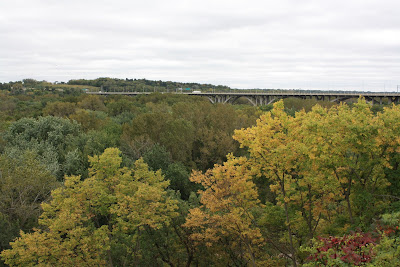 We stood and watched this for quite awhile.  This is where planes come into the Mpls/St. Paul International airport.  A little dot would show up like it dropped out a cloud and then get bigger and bigger along this highway as the jets were descending to land.  There was usually about three in view all the time.  The fort is right by the airport and on the way to the fort there were big signs along the freeway that the security level was orange.  That was a little unnerving to be so close to airport when terrorist activity could be going on.  Makes us remember how real the threat is. 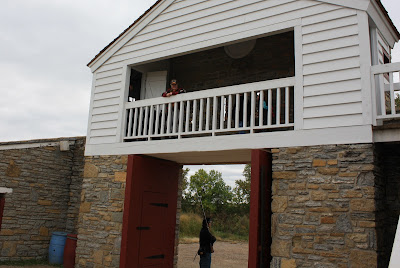 Spark in the watch tower. 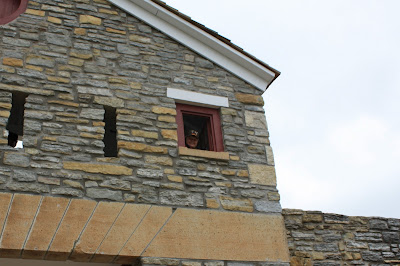 Spark looking out the other side of the watch tower. 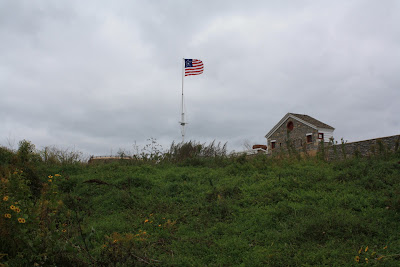 The flag flying above the fort.  It must have seemed really desolate when the only thing there was the fort and miles and miles of wilderness. 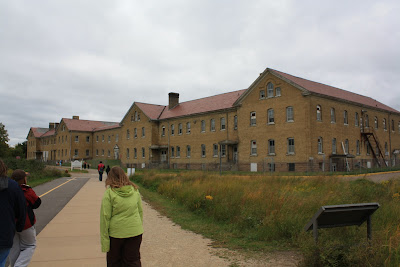 This was housing during WWII.  Very impressive building that are now fenced off and falling down.  What a shame to let them go, they are beautiful brick and stone with slate and tile roofs.
Posted by ~*~The Family~*~ at 12:42 PM